Consumer Alert: Mangoes being recalled due to salmonella threat 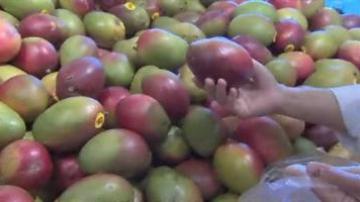 Mangoes have been added to the list of recalled fruit due to the threat of salmonella.

A major nationwide recall is underway. A food distributor has voluntarily recalled nearly a million mangoes.

The tropical fruit was sold individually at stores nationwide. Including Kroger, Aldi and Whole Foods.

Look out for a Daniella -brand sticker. They were sold between July 12 and August 29.