NOW: Continued warming no coincidence as 2018 ranks as one of the warmest ever

Nine of the 10 warmest years have occurred since 2005, with the last five years comprising the five hottest. – 2018 NOAA Climate Report

The world as a whole saw above normal temperatures. Looking at the global distribution of above normal and below normal reports, there were few places that saw cooler than normal weather. Even then, a cooler local event does not represent the planet as a whole. 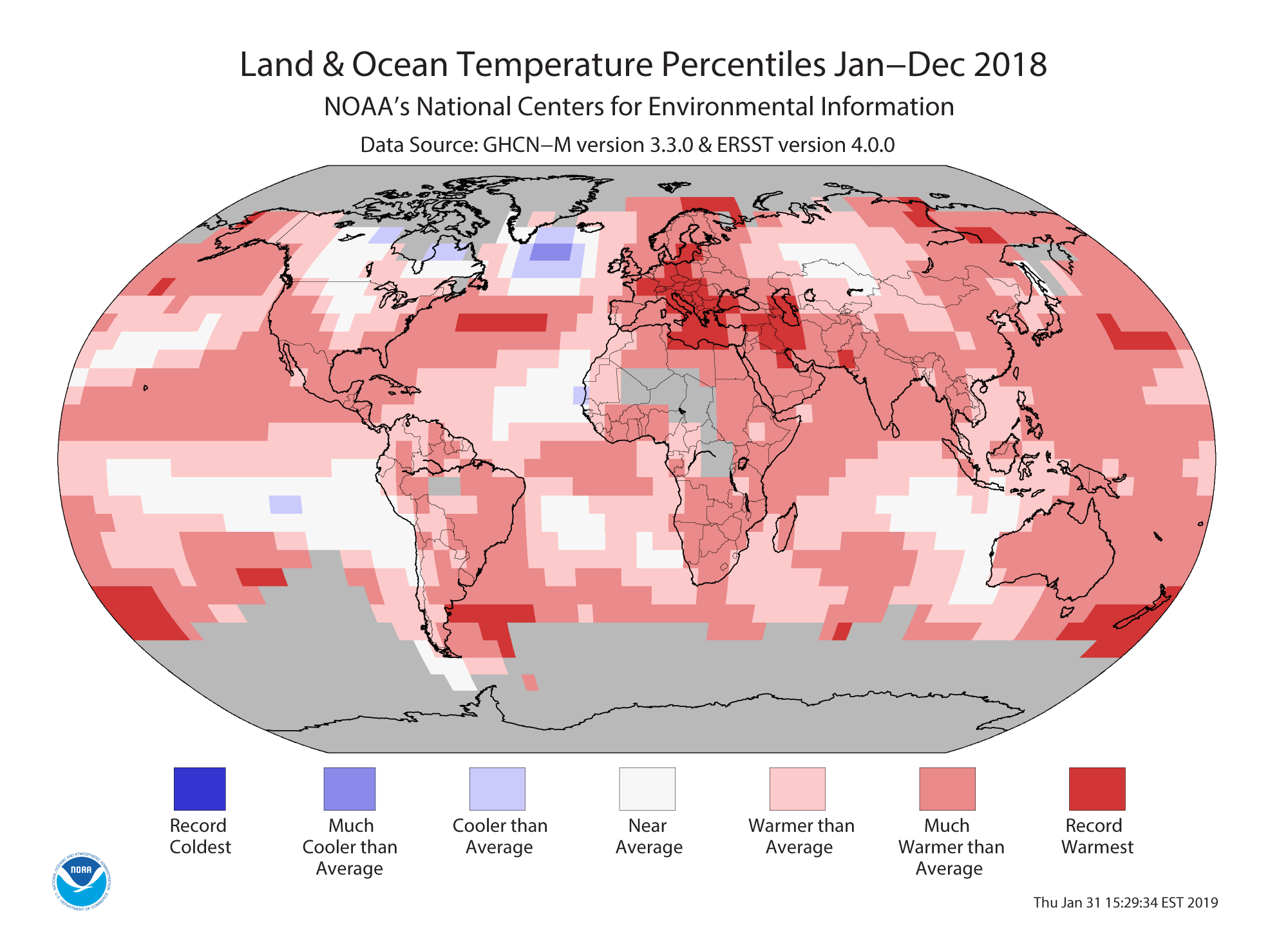 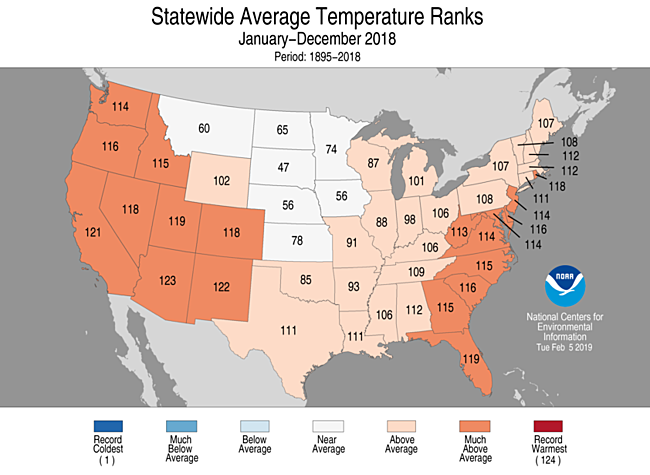 For the Midwest, 2018 will be remembered mostly for record flooding and rainfall. Indiana saw its 4th wettest year ever, Michigan its 10th. South Bend had its 3rd wettest year, as Michiana saw its worst river flooding ever. 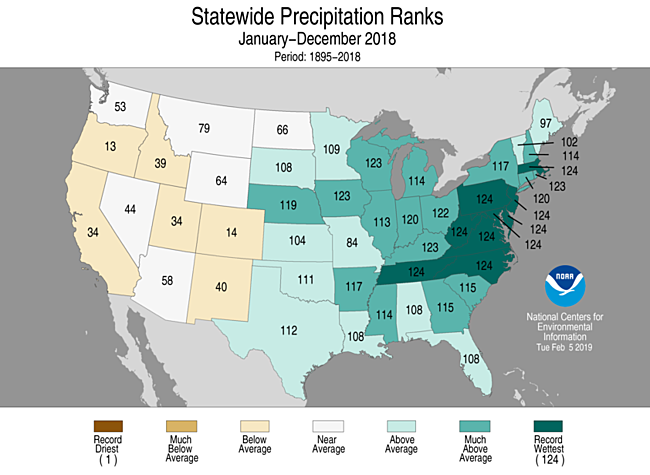 The findings are no coincidence. Given that 18 of the last 19 warmest years have occurred since the year 2000. If the climate was not warming, there would be an even distribution of warmer and cooler years or little change year to year.

The past five years have been the warmest years in the modern record, and 18 of the 19 warmest years have occurred since 2000. This animation shows the seasonal cycle in global temperature anomalies for every month since 1880. https://t.co/J4w4ON5zdh#NASA#climatepic.twitter.com/79pjlqeqDV

There is little doubt the climate is warming at an alarming rate. Three other organizations found the same result.

Climate change is most closely linked to the rise of greenhouse gases, primarily carbon dioxide (CO2) from the burning of fossil fuels. Levels of CO2 are higher today than at any point in the last 800,000 years.