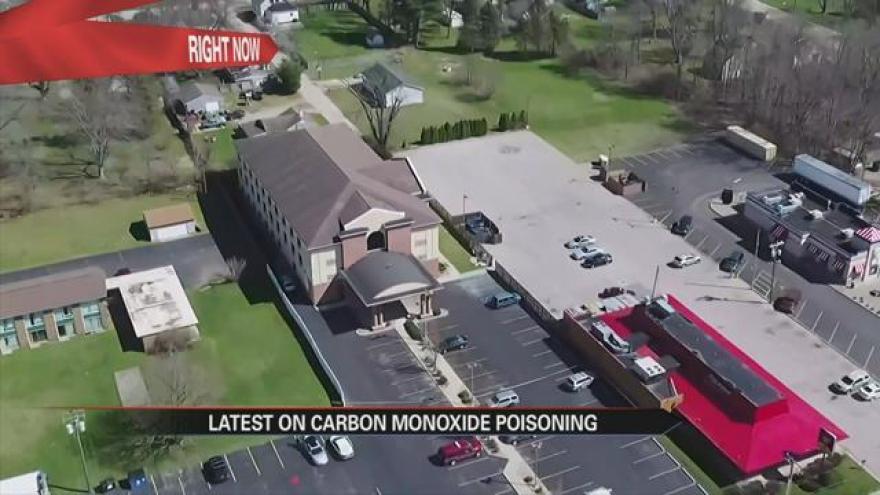 ABC 57 News has been on top of this story since it first broke Saturday morning. 13-year-old Bryan Douglas Watts died after getting carbon monoxide poisoning at the Quality Inn in Niles and more than a dozen others taken to area hospitals for treatment.

This is the latest information since 11 p.m. According to a representative of Memorial Hospital they still had five pediatric patients; all were listed in good condition.

Four have already been released and treated.  In total one was a police officer and the other eight were juveniles.

According to Captain Don Wise, with Niles Fire, in total fifteen victims were taken to two hospitals Memorial in South Bend and Lakeland here in Niles.

Last night friends and family gathered at the hotel to remember the victims and Watts.

In a note to ABC57 News, Niles Mayor Nick Shelton, says, “This is devastating! Community members are shocked and hurting as we try to navigate through this terrible tragedy.  My thoughts and prayers are with the children their families and all involved.”

The hotel released a statement saying they were aware of the incident that happened and adding their highest priority is the safety and well- being of their guests.