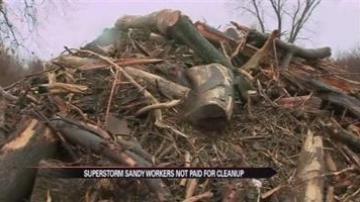 NEW YORK — Workers who arrived in the northeast following Superstorm Sandy to help with clean up are struggling to make ends meet.

One worker says he was promised good pay but now he is close to losing his home in Florida.

"It's just been rough. I have been eating Ramen noodles and moving from hotel to hotel every night," said Rodney Qualls.

The problem with non-payment stems from the original contractor. The worker was subcontracted to several companies and the latest subcontractor disappeared.

The first contractor has now stepped up and offered to pay the workers.