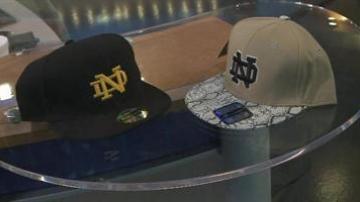 SOUTH BEND, Ind. -- Monday nearly twenty people were arrested related to the sale of synthetic drugs at stores in Elkhart and St. Joseph counties. Prosecutors in both counties have pledged to eliminate the problem. But the stores shut down on Monday aren't the only ones allegedly engaging in illegal activity.

It's a story ABC57 has been covering for nearly a year. In November 2013, Daryl Bjoraas went into several convenience stores and purchased synthetic drugs and counterfeit merchandise.

When Daryl talked to police about the issue in November, they said the cases are often hard to prosecute because there's no real victim.

Now, area prosecutors say it's a new era in Michiana.

In St. Joseph and Elkhart counties nearly two dozen people were arrested in year-long investigation targeting sellers of synthetic drugs. In addition they seized records and merchandise from multiple stores.

Investigators say they don't know what else they will uncover as the investigation continues.

We checked several convenience stores in South Bend on Wednesday and found several peddling what appears to be fake brand-name merchandise.

At one store when we purchased our allegedly counterfeit merchandise, the clerk rang it up as grocery, possibly to avoid paying state taxes.

We purchased Notre Dame hats, T-shirts and jackets, but they were missing an official licensing sticker and the stitching was poorly done.

We contacted Notre Dame to see if they would be interested in taking a stake in South Bend neighborhoods.

The Director of Licensing agreed to an interview, but won't be available until next week.

We did get a list of the approved university vendors and Express Mart on Michigan Street is not on the list. The Marathon on Western was not listed either.