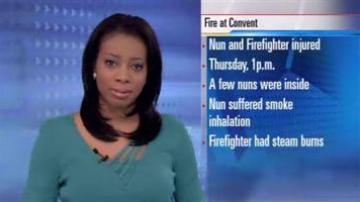 INDIANAPOLIS, Ind. — A fire at an Indianapolis convent injured a nun and a firefighter.

Officials said the fire happened just after 1 p.m. on Thursday at the Parish Convent in the St. Bernadette Catholic Church.

A few nuns were inside when the fire broke out.

According to police, one of the nuns tried to put the fire out and suffered smoke inhalation.

Fire officials said that a firefighter suffered minor injuries from a steam burn.

Investigators said the file does not appear to be suspicious.