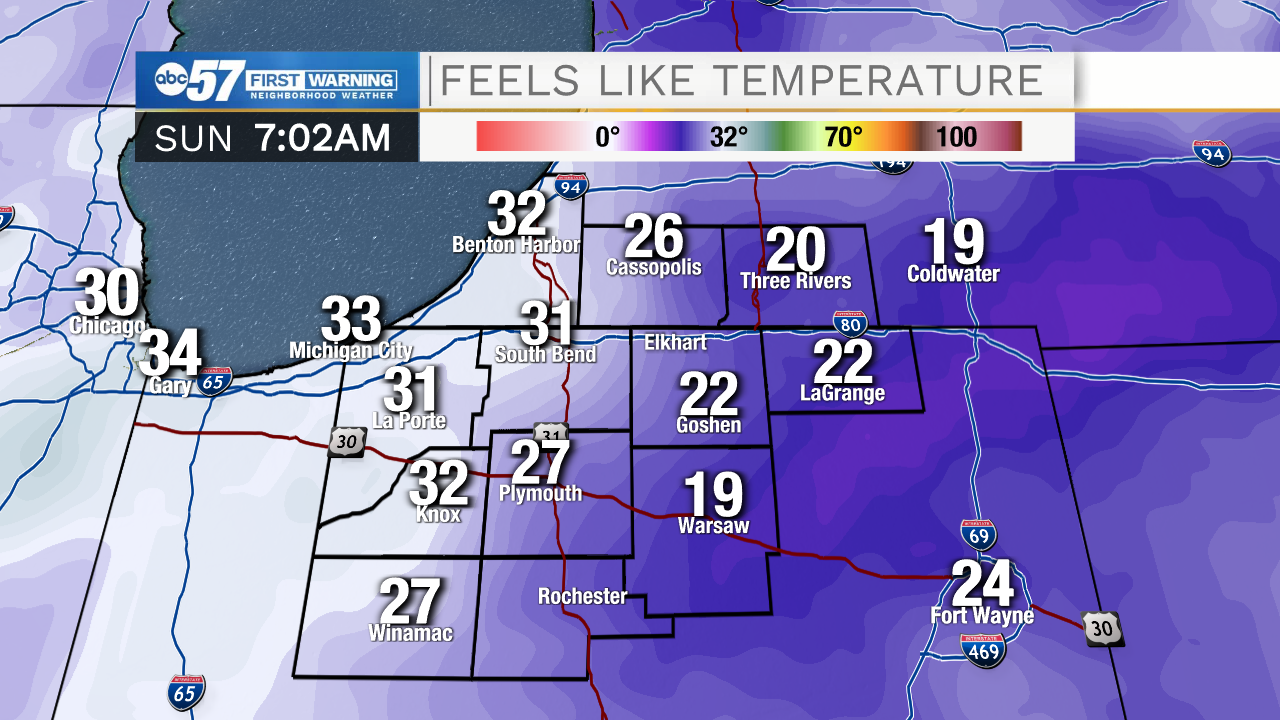 It's a slow warm up today, with temperatures struggling to make it the 40 degree mark. Skies are mostly cloudy, but there will be a few peeks of sunshine occasionally. 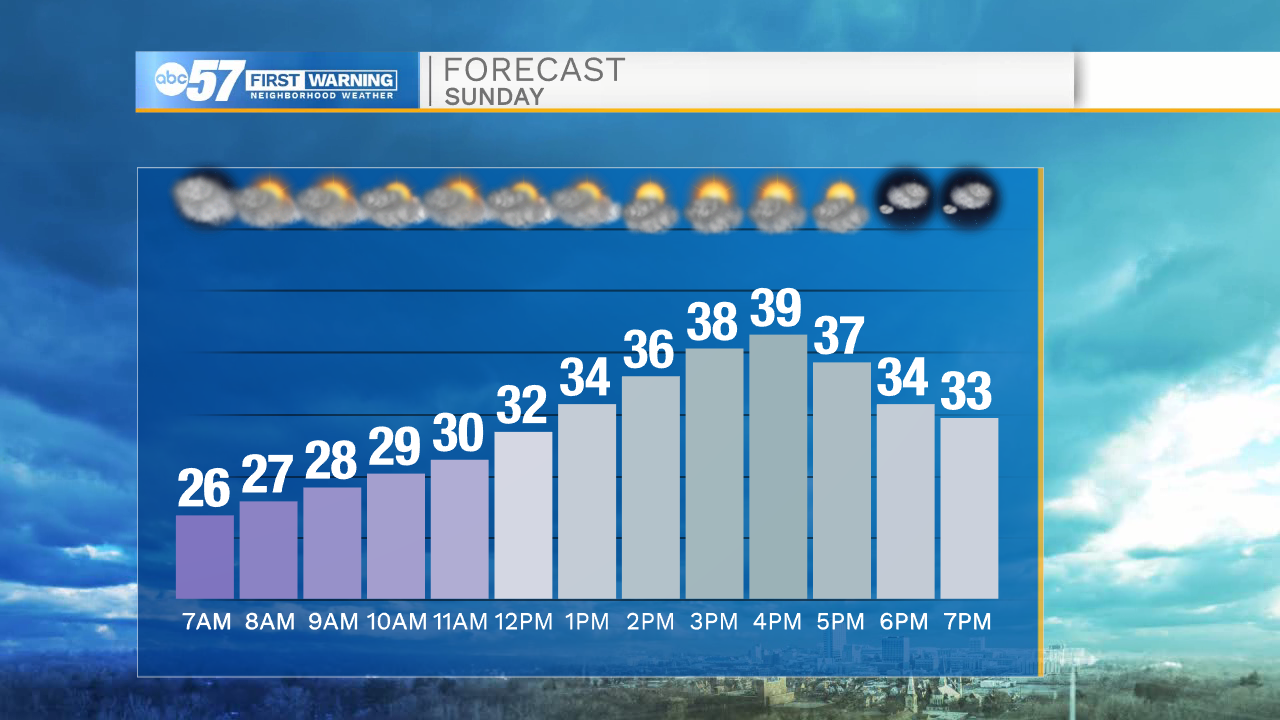 Similar to Saturday, there will be an occasional snow flurry near Lake Michigan. Tonight is another cool night, with temperatures falling into the upper 20s. 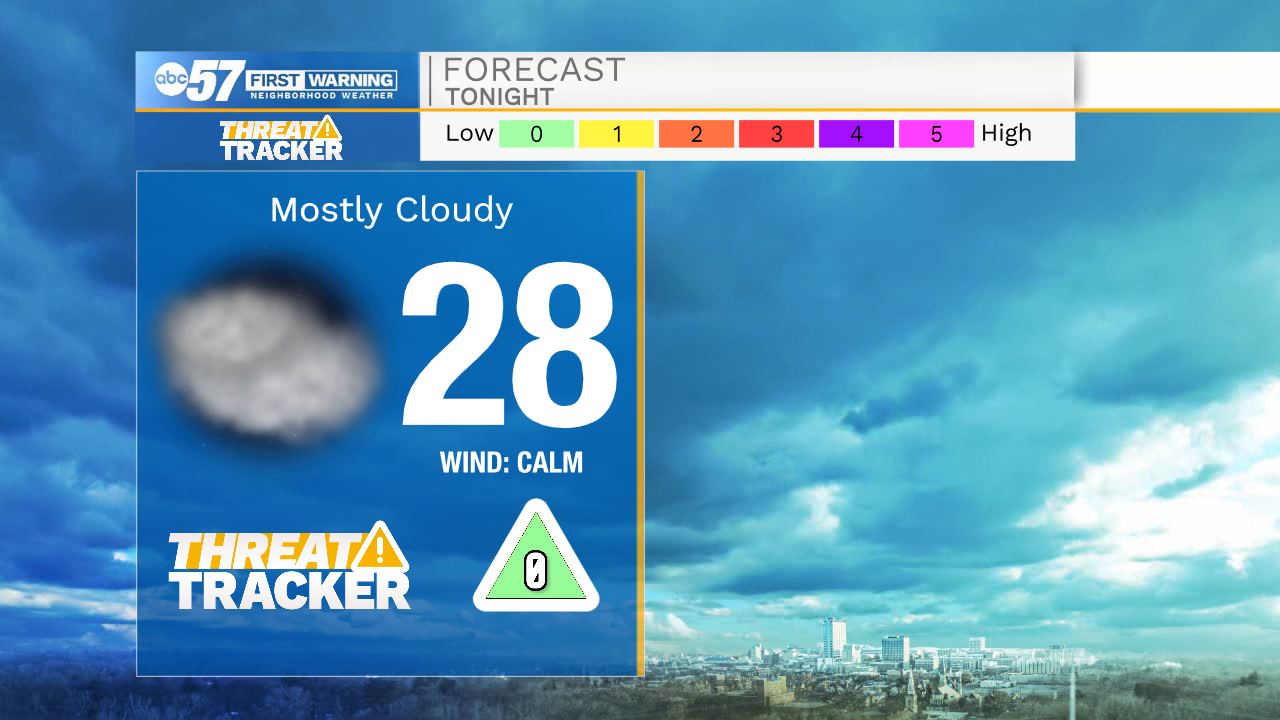 This week there's a gradual warm up, reaching the mid 40s by Wednesday. Thursday temperatures could climb into the low 50s. 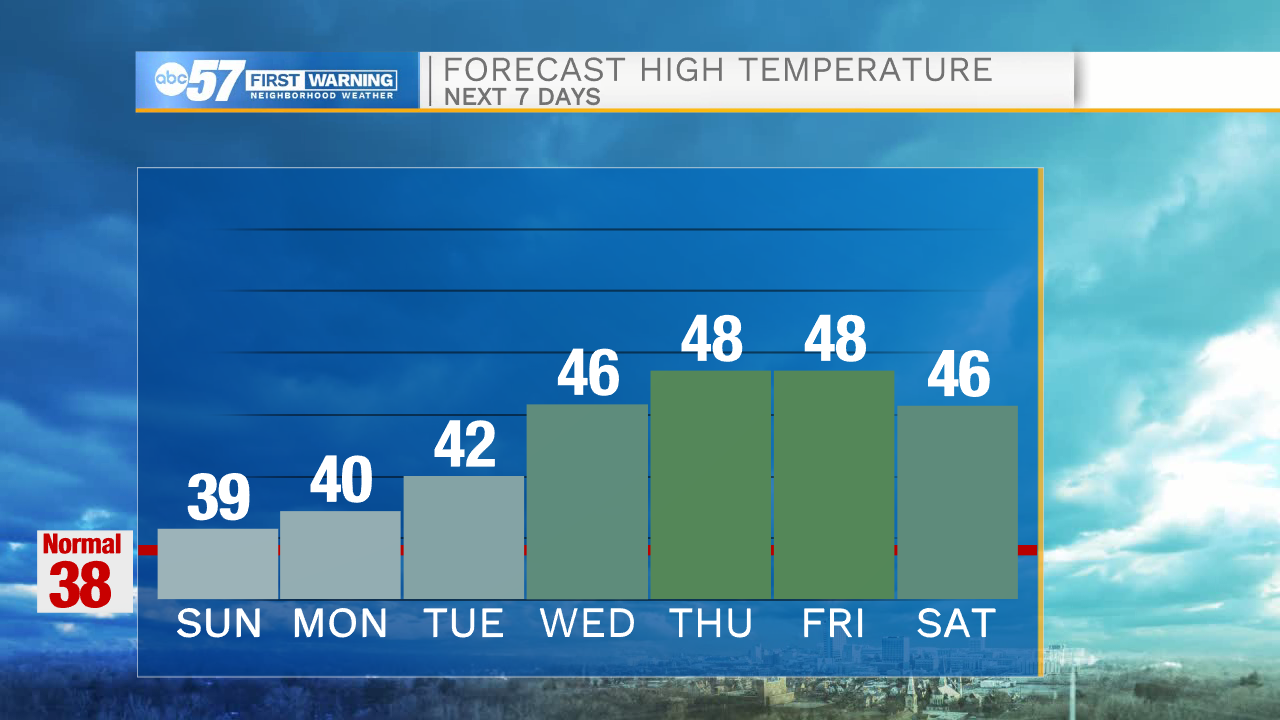 The week stays dry until Friday evening, when there is a chance for rain to snow showers. 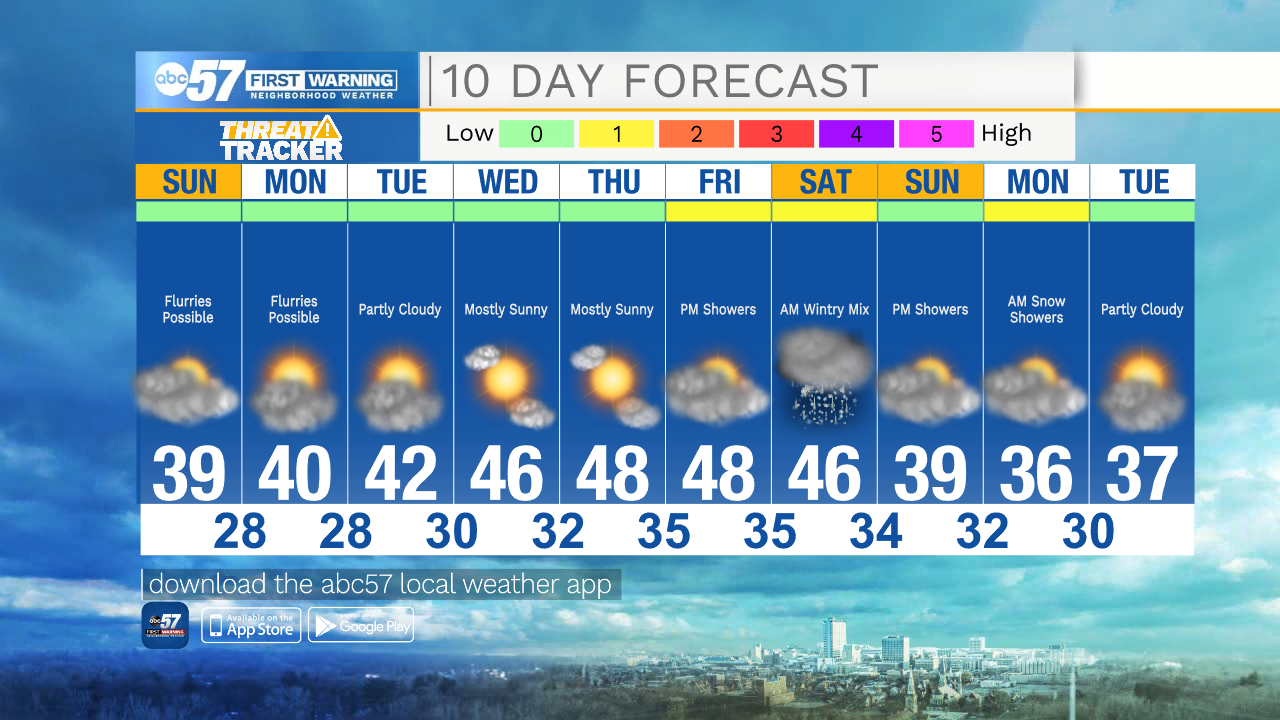