Cool and wet October across Michiana 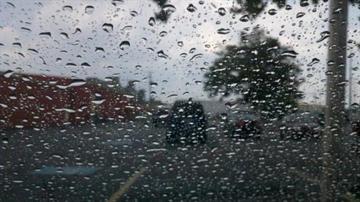 Despite seeing several days near 80, October will be remembered as a wet and cool month.

In terms of temperatures, October 2012 was slightly below normal.

In terms of rainfall, we had many rainy days, but not a huge amount of rain.  Most days just saw light rain.  In fact, light rain was reported on 22 of the 31 days in October.

The total rainfall reported at the South Bend Regional Airport (where local data and reports are officially recorded in our area) was 4.39".

The monthly total ties for the 25th wettest October on record according to the National Weather Service.

One thing many folks seem excited about is the lack of snow!  Although we heard several reports of flakes along with the rain falling due to the remnants of Sandy, no snow was reported at the South Bend Airport.

We shall see what November has in store for Michiana!  And, of course, we will be tracking whatever Mother Nature decides to throw at us!