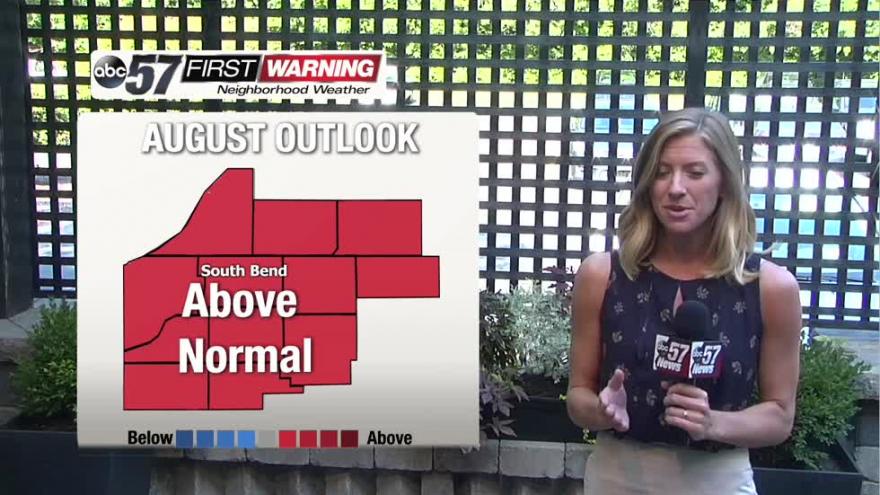 As the month has been progressing, some of us are wondering where the heat went.

Early July is our hottest time of the year and Michiana felt it. In fact, temperatures during that time were hotter than normal for nearly 3 weeks. However, since Saturday, a cool air mass has taken over, bringing us cooler than normal temperatures, and that trend looks to continue as we end July. It has been quite the turnaround. 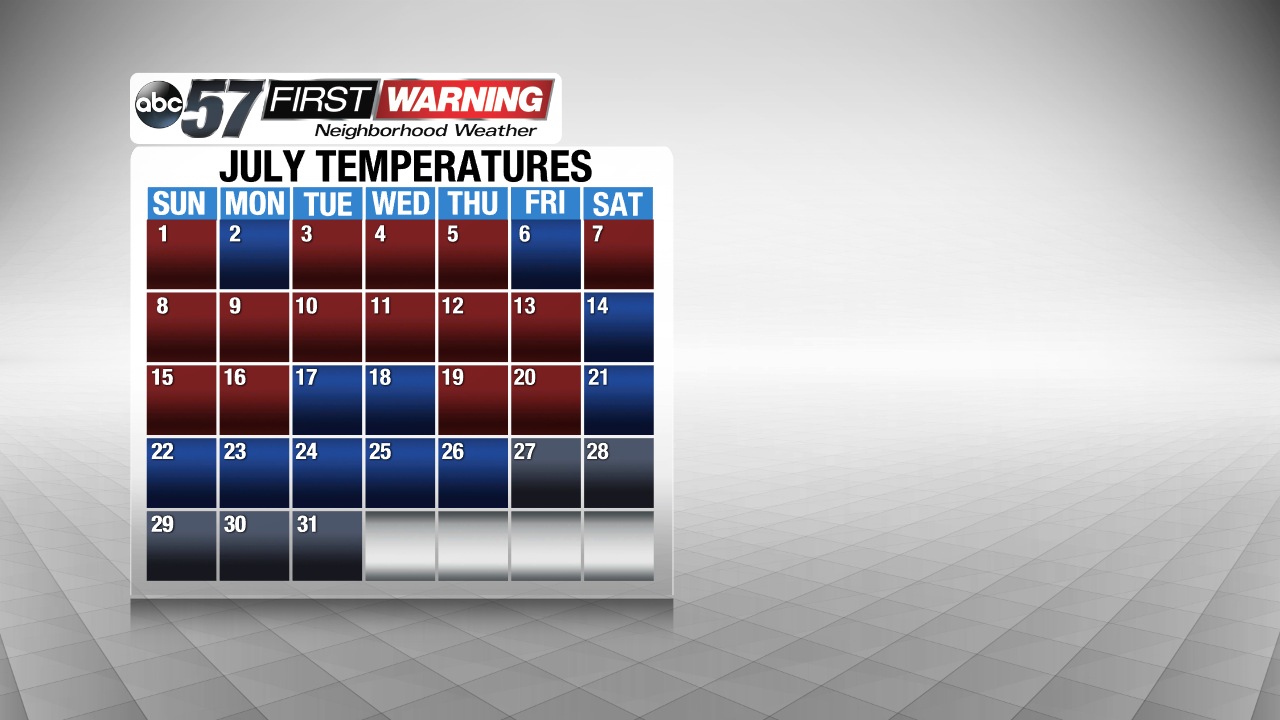 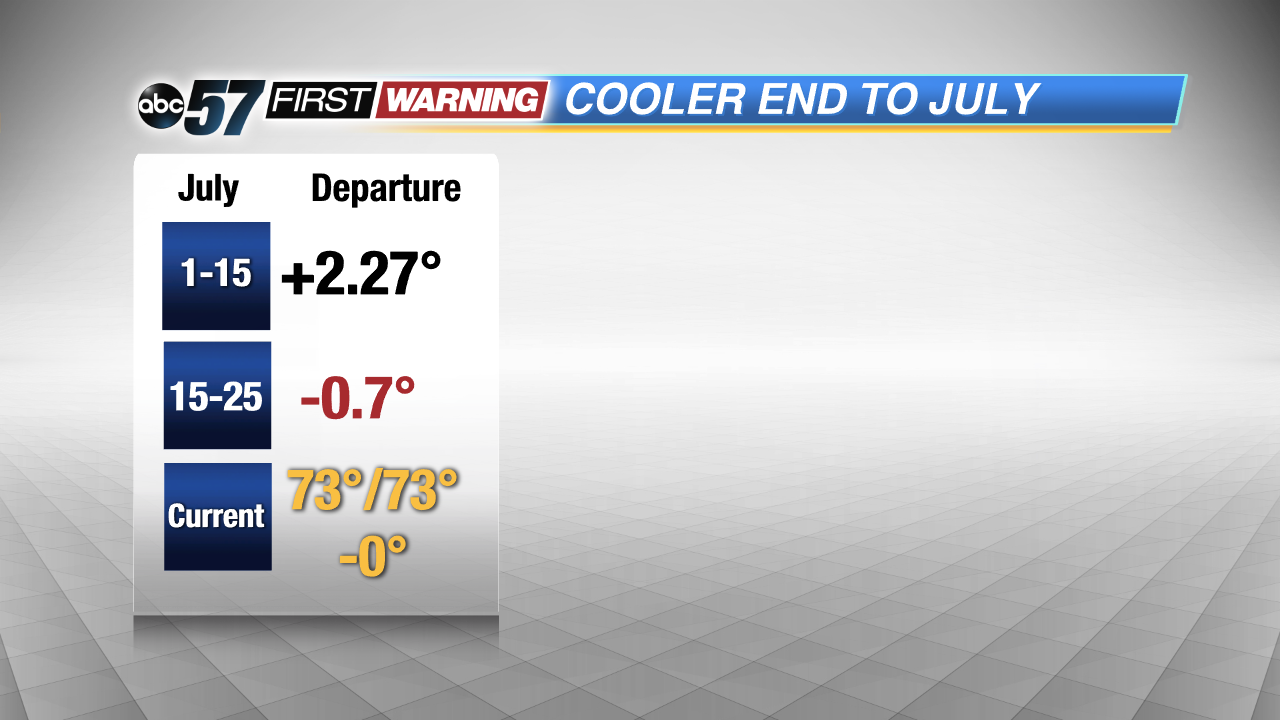 We still look forward to warmer days in August. The August temperature outlook by the Climate Prediction Center is predicting above normal temperatures for next month as a whole. This means that we will likely have another heatwave at some point during August, but we will see some cooler days simply because we are past the peak of summer. 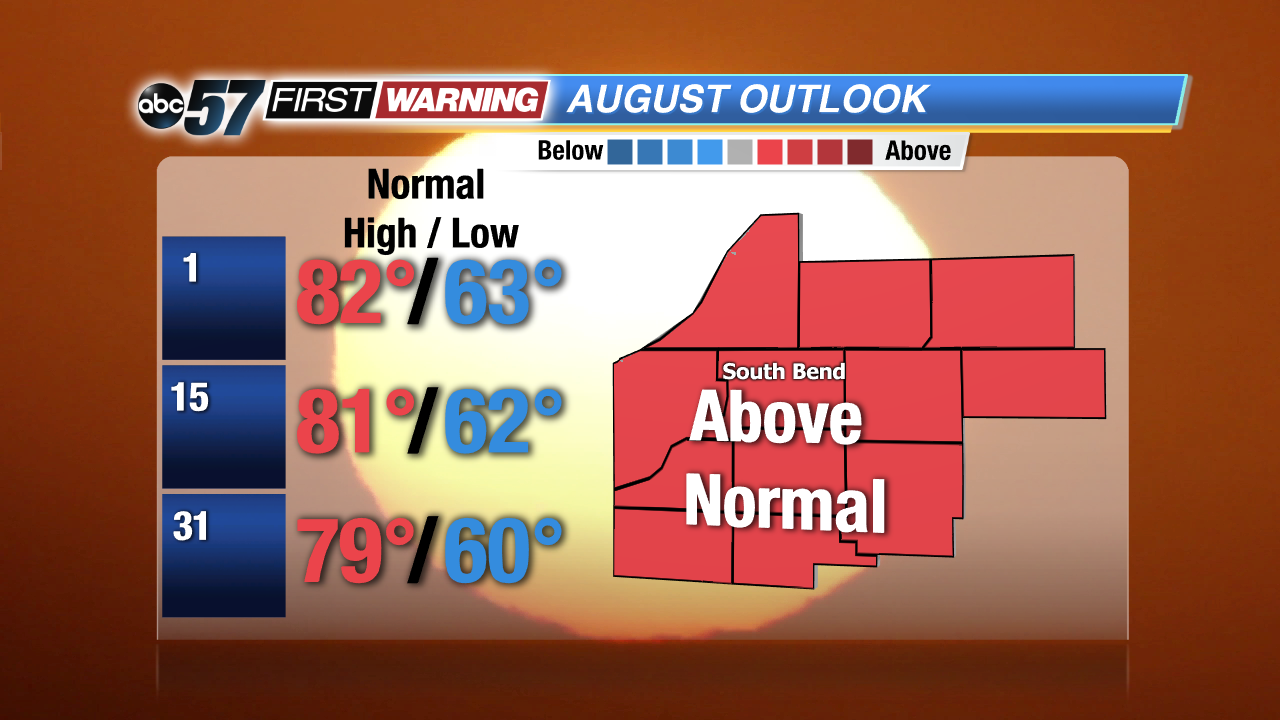 In August the average high temperature starts dropping from 82 Degrees to 79 Degrees at the end of the month. Based on climatology, we have around 11 days on average in the 70s, nearly 17 in the 80s and only a few in the 90s. We will likely end up having a higher number of 80 degree days. 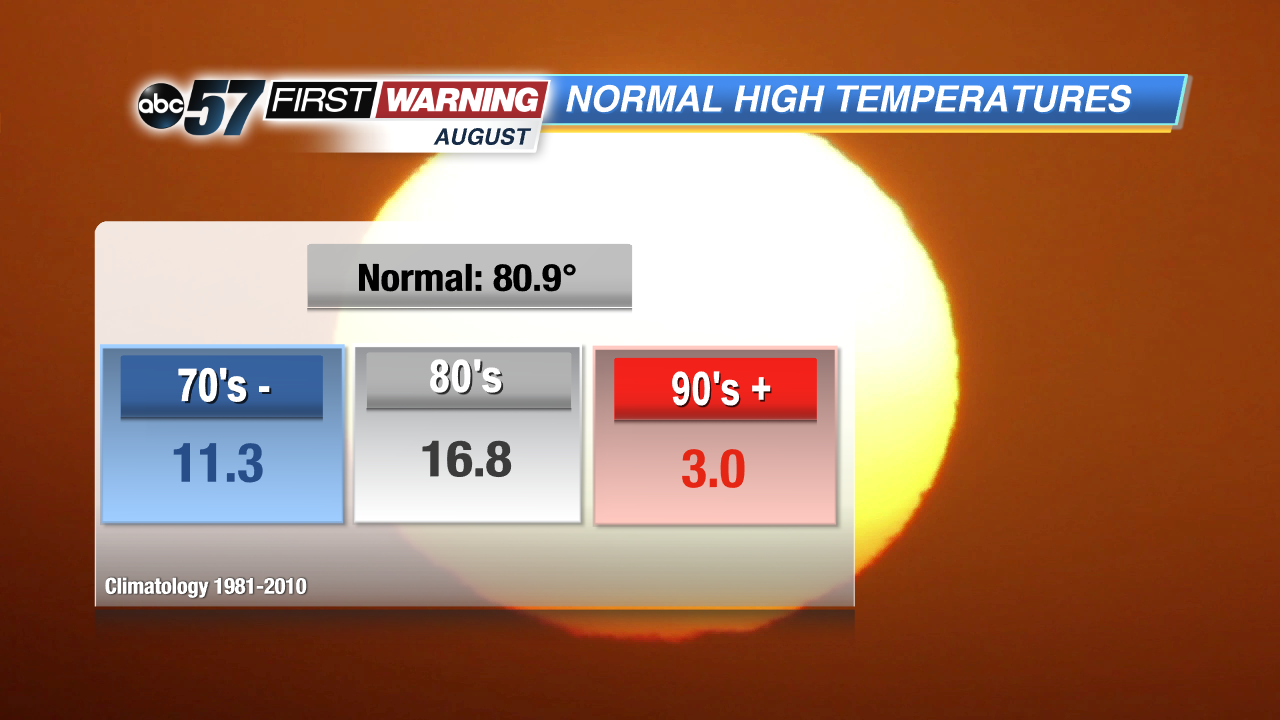