Coroner wants to reopen case, bullying may have led to boy's suicide 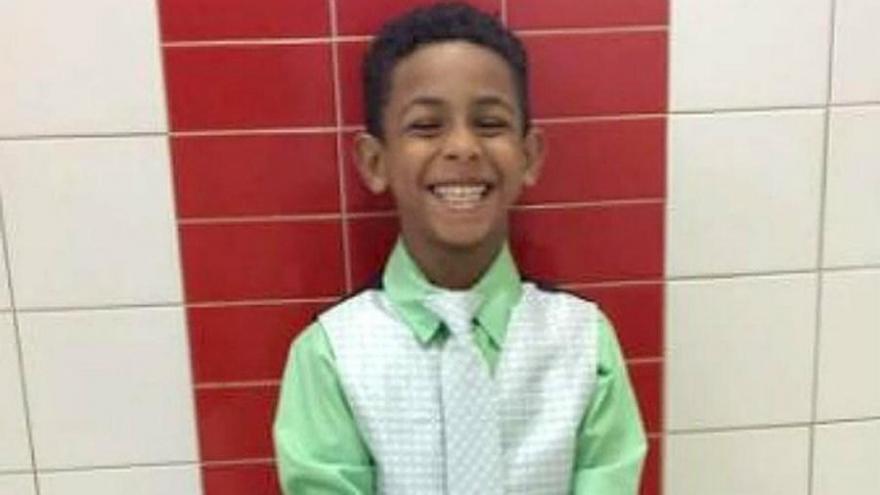 CINCINNATI,OH -- The Hamilton County coroner wants a full police investigation into whether an 8-year-old boy's suicide resulted from possible bullying at school and should be ruled a homicide.

Coroner Lakshmi Sammarco said her office will dig deeper into the case based on a surveillance video taken inside Carson School and a police detective's analysis.

"There's enough information here that we would like to reopen the case to look at whether we need to amend the death certificate," Sammarco said Thursday on WLW Radio. "It was very hard for me to believe that an 8-year-old would even know what it means to commit suicide and so I asked Cincinnati police to treat this as a homicide until proven otherwise and investigate it fully."

Gabriel Taye hanged himself at home on Jan. 26, two days after a disturbing incident inside a restroom at the West Price Hill school. Police didn't file charges, and Cincinnati Public Schools and the Taye family are disputing what the video shows.

A police detective said in an email that the video appears to show one boy picking on Taye and several other kids, according to one of the family's attorneys.

"Gabe comes in and reaches out to shake his hand and gets pulled to the ground and he lays there unconscious for about 7 1/2 minutes," family attorney Carla Leader told WCPO on Thursday.

Leader said it's unclear in the video if Taye hit his head on the wall or the floor and if that ultimately knocked him out.

Leader also said the video shows other students pointing, laughing and kicking Taye before school staff found him and revived him.

CPS released a statement Thursday with a different account of what happened. The district said there is no video evidence that other students were beating Taye. The district added that it's not clear if there's a connection between the school incident and Taye's suicide.

"While we are concerned about the length of time that (Taye) lay motionless and the lack of adult supervision at the scene, when school administrators became aware of the situation, they immediately followed protocol by calling the school nurse to evaluate (Taye)," the CPS statement says. "The school nurse checked (Taye)'s vital signs, which were normal. She also contacted (Taye's) mother and asked her to pick him up and take him to the hospital to be checked out.

"Though the connection between this incident at school and (Taye's) suicide are not clear, the district shared this video with police investigators at the time of the incident. Their investigation has concluded and no charges were filed. The video also has been shared with (Taye's) family's attorneys. The video will be made available after steps have been taken to ensure the privacy of any students depicted.

"We will continue working to determine all the facts surrounding that incident."

Another Taye family attorney, Jennifer Branch, fired back at CPS, accusing the district of trying to shift the blame to Taye's mother and not acknowledging that Taye was attacked.

"As to whether (Taye) was assaulted, we trust the opinion of a Cincinnati Police Detective."

"There needs to be a lot more response in that school to what is going on and the parents need to know what's going on. I think that's a very big component," Branch said.

Sammarco said she wants to know more about the incident, too. For now, the coroner said the manner of Taye's death is suicide, but her team will try to figure out if there were any contributing factors.

"What we are going to try to do is determine what kind of physical findings may be attributed to injuries he sustained," she said.

"We want to do right by this child ... This has been one of the most emotionally draining cases that we've had in our office."

CPS said it probably will release the video Friday after faces are blurred.

A Cincinnati police new release Thursday acknowledged the department investigated Taye's death on Jan. 26, but officials there said it would not be appropriate to comment at this time.

Taye's initial autopsy was thrown out, according to the Hamilton County Coroner's Office. The initial cause of death was ruled a suicide. The doctor completing the new autopsy is out until next week, and there's no timeline for the completion of a new investigation.