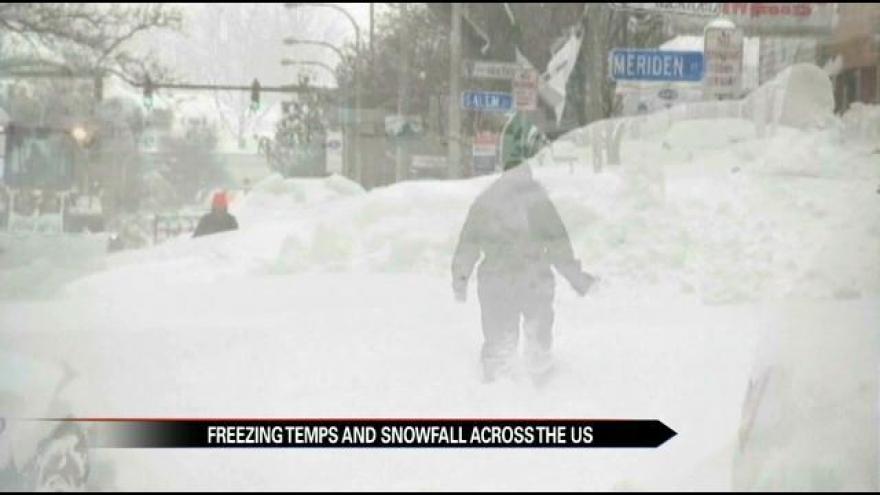 ABC NEWS -  As of Thursdays parts of western New York near Buffalo were at 6 feet of snow and climbing. All from a familiar weather phenomena to Michiana, lake effect snow. So could it happen here? This may sound like a cliche news hook, but it's actually a legit question. The answer is yes, but just like with Buffalo, it has to be just the right circumstances.

Buffalo's location is key, on the eastern shore of Lake Eire puts it down-wind of lake. The longer cold air is allowed to travel over a relatively warmer lake the more snow it can "load" up. Meteorologists call this a long fetch.  The longer the fetch the greater the potential for snow to be "loaded" into the clouds. The wind has been almost locked due west to southwest over this cold snap, early season lake temperatures are at their warmest and the hills of northwest New York give some added uplift.

For Lake Michigan the longest fetch would be north to south. This puts the greatest potential for the heaviest snow from Gary to Michigan City. Going back to the 1950's there are reports of lake effect dropping 40 inches of snow in Michigan City. More recently there were heavy snows nearing 40 inches in La Porte county and South Bend in 2010 and 2011 respectively. None of these events however have topped topped 60 inches.

One of the main factors in all this is the wind rarely stays north to northwest for a week. The typical wind direction is west to east, with short term changes based on weather systems. So the answer is YES, but we'd need to have very cold air running over a relatively warm lake with the wind locked in one direction due north or north northwest giving it a long fetch across Lake Michigan.
Share this article: