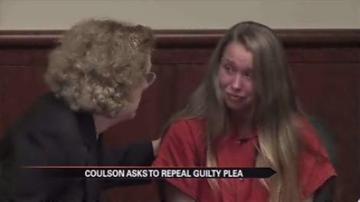 Even though Destiny Coulson has already pleaded guilty to killing her boyfriend, she is back in a Berrien County court asking to withdraw her guilty plea.

Coulson was just 16 when police say she killed her boyfriend.

After her plea, she was sentenced to spend at least the next 14 years in prison.

Coulson testified she didn't understand the legal process and was confused during her pretrial.

Coulson got upset when the judge asked her about things she had said under oath.

She admitted to the judge that she lied under oath. She said she did it because she thought her only options were to plead guilty or spend her life in prison.

Fisher testified the case wasn't about 'who did it' but about minimizing Coulson's sentence.

Fisher said Coulson told him multiple times that she shot Quinn - and he said he didn't question that.

The hearing was recessed until an undetermined date.