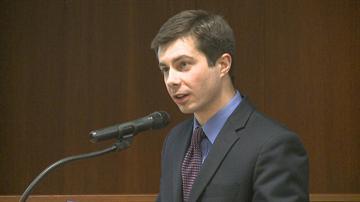 SOUTH BEND, Ind. – In a close vote, the South Bend Common Council voted to approve a pay increase for some city positions that Mayor Pete Buttigieg is looking to fill.

The council voted 5 to 4 to approve an increase in salary for seven management positions, including city engineer and public works director.  At Monday night’s meeting Mayor Buttigieg said the increase in pay would help him attract the best candidates for the positions.

“We need the flexibility so that we can fill some positions that are still open and get the best, most talented, qualified people that can deliver results for the city,” Buttigieg explained.  “This gives me a free and to approve the people we need with competitive pay.”

South Bend’s new mayor presented his plan to the council, pointing out that numerous cities paid higher salaries for the same positions.  Buttigieg also said that his plan is for the pay increases to fund themselves.

“Better management is going to save tax dollars that we can then use in better ways, freeing up efficiencies that we’re just waiting to utilize,” he said.  “Having the right people in the job is critical to those goals.”

Some of the council members who voted against the pay increase said they didn’t think the boost in salary would be good for the city.

“The (salary) expectations of other departments and employees will be substantially increased,” explained Dr. David Varner.  “I don’t see how we fund that, with current revenues.”