Council members hit the streets to hear concerns of residents 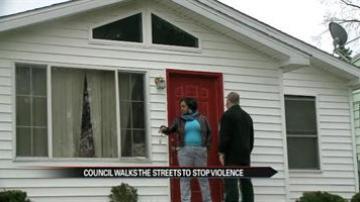 SOUTH BEND, Ind. -- With 30 shootings in 4 months, the South Bend City Council says it's time for a change.  Council members hit the streets, to get to know some of those living in South Bend's most dangerous neighborhoods.

They went door to door, asking people what the city can do to help reduce some of the crime.

"We're able to get more feedback by coming out on the streets," said councilman Derek Dieter.

And the council members soon learned just how scared these people are.

"I'm moving because my neighbors keeps breaking into my house," said one woman.

"A man was killed right behind my home just a week or so ago," said another man.

Many of the neighbors had the same solution, they want to see more police patrols. And this is something the council members will take to the next meeting.