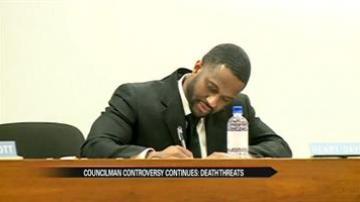 SOUTH BEND, Ind. -- A Facebook post by Henry Davis Jr with a picture depicting bestiality has created problems for the South Bend Council member. He has received a death threat because of the post.

Davis has apologized for the post, but has not spoken on camera about it.

Police are investigating the death threats against him.

Even though the post has been deleted, South Bend resident Jason Barr took a screen shot of the post.

"Just so there would be a record of it," says Barr.  "I'm a big believer in posts, and other things that we do, being public record for the purpose of accountability."

"It stated to the fact that if councilman Davis did not resign, this person would definitely help him to resign permanently," says Oliver Davis.

Oliver Davis says no matter what happens in the future, the most important way to handle this situation is with a safe and fair attitude.