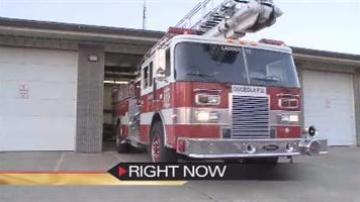 OSCEOLA, Ind. – A representative of Osceola finally responded to ABC57’s request for comment on the firing of four volunteer firefighters earlier this week.

The President of the Osceola Town Council finally issued a statement via email that said the firefighters were not fired, they voluntarily resigned.

The firefighters said they were told if they didn’t sign a voluntary termination, they would be terminated anyway.

With the four volunteer firefighters gone, it leaves Osceola with just 12 firefighters. Almost half of those do not have the appropriate medical certificates.

"The public is entrusting their life in your hands when they call, in a time of need, and for you to come and make it all better. If you're not certified, you can't do anything about that. So are you really helping them or harming the cause?” said Ryan Deal, former Chief of the Osceola Fire Department.

The next Town Council meeting is next Wednesday at 8 a.m.  Those firefighters are hoping people in Osceola show up to voice their concerns.