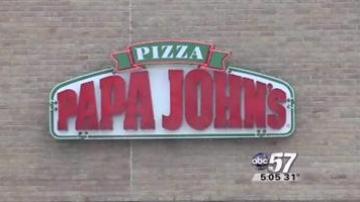 ELKHART, Ind. -- Some counterfeit cash is making its way around Elkhart.

Police believe the same man has passed off counterfeit cash at two pizza joints. In the past week, police have been called to Volcano Pizza and Papa John’s after the getting a couple bad $50 bills.

The first incident happened when a driver from Volcano Pizza at Concord Commons delivered a pizza to an apartment complex. The second time around was when Papa John’s fell victim.

Even though they were two different places, investigators say the serial numbers on the fake bills were the same.