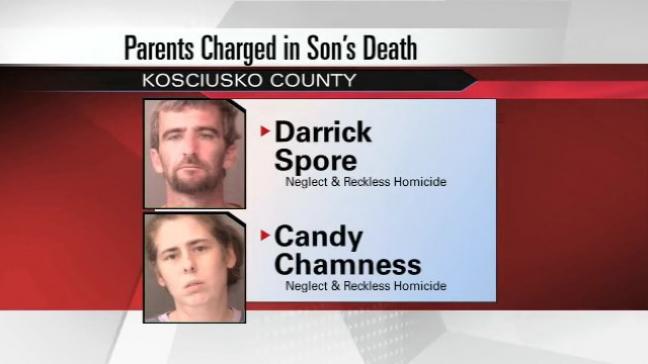 The parents of a 12-year-old who died of carbon monoxide poisoning were sentenced to 2 years in prison and 2 years probation, according to court records.

They must serve two years in jail and two years probation.

When Syracuse Police and EMS responded to the home they found the electricity to the home had been disconnected the day before and the family had been using generators for electricity.

Court records say Darrick Spore and Chamness were using methamphetamine during the night of June 27th and during the day June 28th while the generators were running and their two children were in the home.