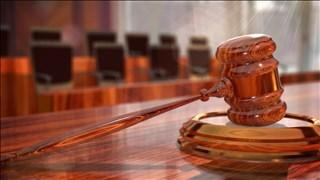 (CNN) - A federal court on Monday issued a preliminary injunction prohibiting Indiana from doing anything to interfere with or deter the resettlement of Syrian refugees.

The moves comes in connection with a lawsuit filed by the American Civil Liberties Union on behalf of Exodus Refugee Immigration, a resettlement agency, against the governor of Indiana and the secretary of the Indiana Family and Social Services Administration.

More than half the nation's governors, including Indiana Gov. Mike Pence, oppose letting Syrian refugees into their states.

States protesting the admission of refugees include Alabama, Georgia, Texas, Arizona, Michigan, Illinois, Maine and New Hampshire. Among the 31 states, all but one have Republican governors.

"The state's conduct clearly constitutes national origin discrimination. Although the state says it has a compelling reason for doing so -- the safety of Indiana residents -- the withholding of federal funds from Exodus that it would use to provide social services (such as cultural integration training, job skills training and adult English language training) to Syrian refugees in no way furthers the state's asserted interest in the safety of Indiana residents.

"In balancing the competing claims of injury, it is clear that Exodus and its refugee clients will be harmed by the state's directive. When this is weighed against the near complete absence of harm to the state, it is clear that equity demands a preliminary injunction to issue," U.S. District Judge Tanya Walton Pratt wrote in her order.

The decision drew approval from one side and condemnation from the other.

Pence released a statement saying he had instructed the state's attorney general to seek an immediate stay and appeal. The governor cited the recent terror attacks in Paris and said he stood by his decision.

"As governor I have no higher priority than the safety and security of the people of Indiana. During these uncertain times, we must always err on the side of caution," he said.

"So long as the Obama administration continues to refuse to address gaps in the screening of Syrian refugees acknowledged by the FBI and a bipartisan majority in Congress, Hoosiers can be assured that my administration will continue to use every legal means available to suspend this program in Indiana unless and until federal officials take steps to ensure the safety and security of our citizens."

Judy Rabinovitz, deputy director of the ACLU's Immigrants' Rights Project, said the ruling "put the brakes" on the governor's plan.

"No state can unilaterally ban a group of refugees that has been vetted and admitted by the federal government. By trying to block Syrian families based solely on their nationality, Indiana is flouting federal law, the U.S. Constitution, and our fundamental American values of providing refuge for families fleeing war and violence," she said in a statement.

More than 250,000 people have died and at least 1 million people have fled Syria in the past five years because of civil war.

CNN's Ashley Fantz and Ben Brumfield contributed to this report.