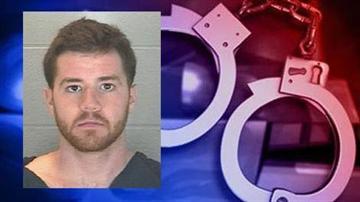 The probable cause affidavit details what happened inside the electrical engineering building on the Purdue University campus when Cody Cousins allegedly shot fellow student Andrew Boldt.

According to the documents, both the Purdue Police and the West Lafayette Police received several emergency calls about shots fired in the electrical engineering building.

When police arrived, they saw several people fleeing from the building.

A man was sitting on the ground outside the building with his hands on his head. The man, later identified as Cousins, had blood on his hands and clothing.

Police learned shots had been fired in the basement of the electrical engineering building.

Inside room 067 they found the victim, Andrew Boldt, with knife and gunshot wounds.

Also in the room they found a handgun, a knife and several spent shell casings.

Police said they interviewed several people who were in the room when Boldt was killed. They identified Cousins as the man who stabbed and shot Boldt.

A magistrate entered a plea of not guilty for Cousins.