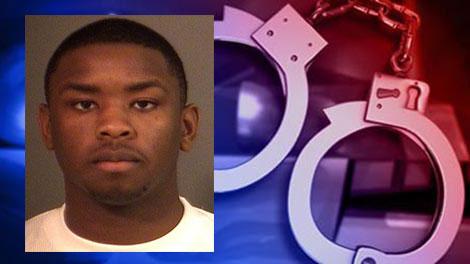 The St. Joseph County prosecutor's office released the probable cause affidavit in the murder of Gary Williams on April 10 at the Indian Springs apartment complex. The documents reveal South Bend Police obtained surveillance video of the shooting.

South Bend Police responded to the Indian Springs apartment complex early Sunday morning after a car struck one of the buildings.

The driver of the car, Gary Williams, was deceased inside the vehicle. He died from a gunshot wound.

Police spoke with several people at the complex and obtained surveillance video from the complex.

A woman, later identified as Carmisha Williams, got into the front passenger seat.

The video shows a man approaching the car, opening the driver's door, and leaning into the driver's seat area, according to the probable cause affidavit.

The car's brake lights come on, then the car moves forward and crashes into the building.

The man then ran from the scene, according to the probable cause affidavit.

Court documents say the man seen running up to the car was identified as Nelson Cotton Jr.

Cotton is Carmisha's brother and lives in Indian Springs.

Carmisha spoke with investigators and admitted to getting into the car before the shooting and said there was no gun in the car.

At first Carmisha said an unknown person shot Gary Williams. After she was told the shooting was on video, she allegedly admitted her brother was the unknown person.

Carmisha told police she did not know why her brother would shoot Gary.

Cotton faces one count of murder.