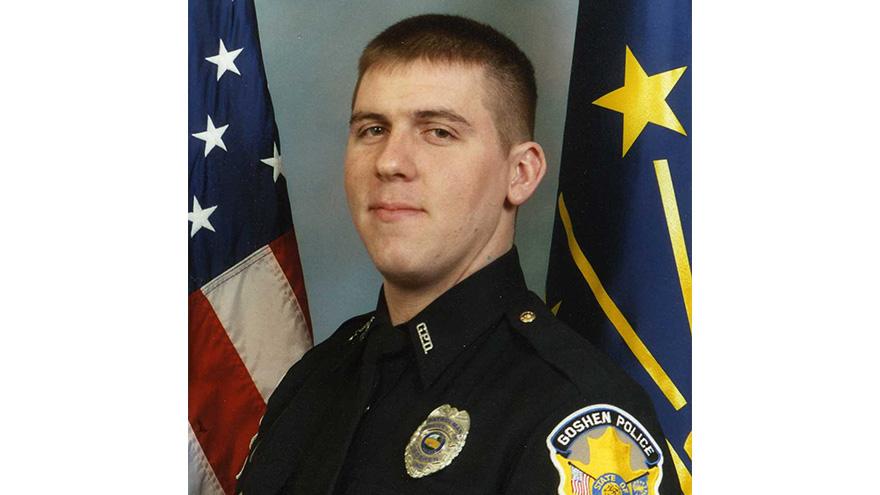 ELKHART COUNTY, Ind. --  Goshen Police officer Joshua Owens surrendered Tuesday after a warrant was issued for his arrest. He is facing charges for allegedly striking a woman, pointing a gun at her head and strangling her, according to court records.

Joshua Owens has been charged with domestic battery in the presence of a child under the age of 16, strangulation and pointing a firearm.

On November 6, 2020, Owens returned home just before midnight and told the victim to make him pizza.

As Owens and the victim argued, he placed his hands around her neck and she was unable to breathe or scream, according to the probable cause affidavit.

One of two children in the home came into the room and began hitting Owens to get him to stop choking the victim, reports said.

When the 13-year-old child left the room, Owens hit the victim in the face, reports said.

Owens then drew his handgun and pointed it at the victim’s forehead, then turned it towards himself, placed the barrel in his mouth and told the victim to pull the trigger, according to the probable cause affidavit.

Also during the argument, Owens flipped over the bed and a dresser, took the victim’s clothes out of the closet and threw them on the floor, reports said.

The victim provided photos and a video of the damage to police.

The child who intervened spoke with police about the incident.

She told police Owens “is like this all the time when he is drinking.”

When asked if this was the first time she witnessed something like this she told police, “No, he hits her, like slaps her, and tries messing with her and like she tells him to stop and he won’t.

Owens was charged on Monday and turned himself in Tuesday evening.