Court says "no" to trial relocation in Rolston case 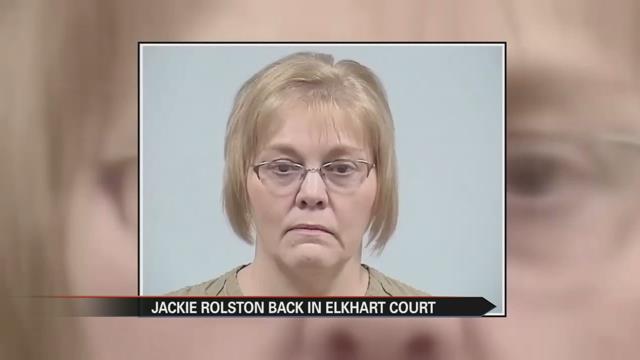 Jackie Rolston, the New Paris woman charged with one count of battery resulting in the death of 19-month-old Kirk Coleman appeared in court on Thursday, where her attorney made the case for a trial relocation.

The judge ruled Rolston’s trial will remain in Elkhart County for now but that could all change if the new jury selection process backfires.

Back in October, Rolston’s first trial was declared a mistrial after one of the jurors shared information on Rolstons past charges of neglecting a dependent, with other jurors.

Tusyznski argued Rolston has the right to be tried somewhere other than where the crime occurred.

He says factors like Kirks’s Law, consistent media coverage, the mistrial, and the community’s overall knowledge of this case make it unfair for Rolston to have her trial in Elkhart County.

But the state said it was too premature to grant relocation and offered options like a mock jury or a process that would allow each potential juror to be interviewed individually to avoid bias.

Now both the prosecution and the defense will work together in the coming days to come up with a selection process that will analyze potential juror members, in order to avoid potential bias.