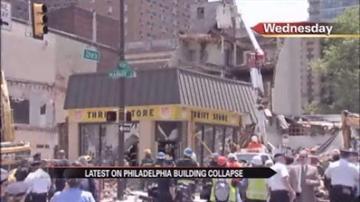 PHILADELPHIA — The crane operator wanted on involuntary manslaughter charges in connection to the deadly Philadelphia building collapse has turned himself in.

According to a Philadelphia police spokesman, Sean Benschop will be charged with six counts of involuntary manslaughter, 13 counts of recklessly endangering another person and one count of risking a catastrophe.

Marijuana was found in his system after Wednesday's collapse. Benschop also admitted to taking prescription drugs before the accident.