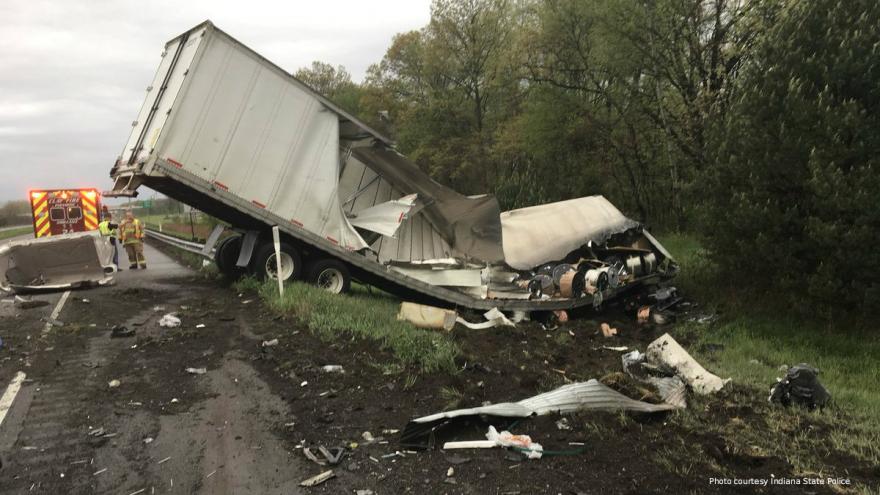 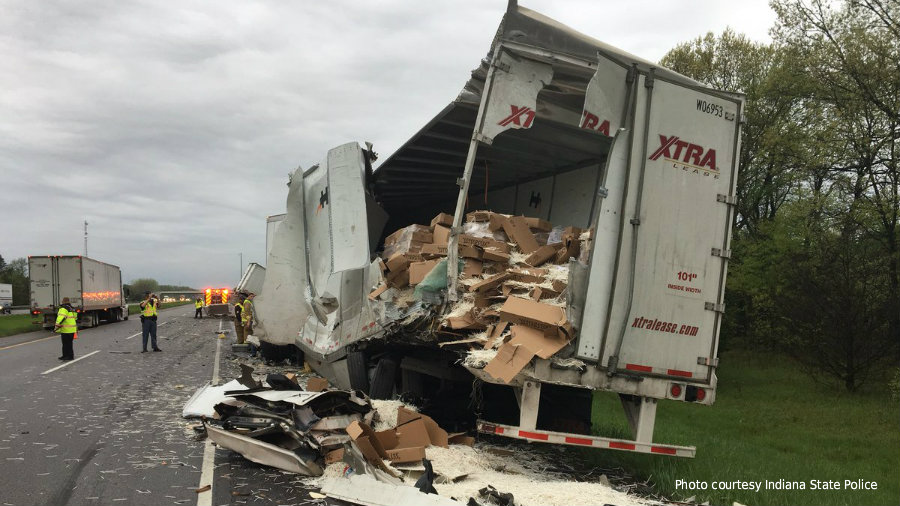 The crash happened near the 87.5 mile marker just east of the Elkhart County/St. Joseph County line.

A semi, operated by Carlos Enrique Padron Ceballos, age 62 of Ft. Lauderdale, was on the shoulder of the westbound lanes when another semi, operated by Robert Lewandowski, age 54 of Chicopee, Massachusetts, drifted to the right and collided with Ceballos' semi, according to Indiana State Police.

The crash caused Ceballos' cargo to spill out onto the roadway and the side of the road.

Lewandowski's semi continued westbound and went into a ditch north of the westbound lanes, police said.

The collision caused most of Lewandowski's cab to be ripped off. His use of a seatbelt kept him from being thrown from the cab.

Ceballos was thrown into the ditch as a result of the crash.

Both Ceballos and Lewandowski suffered minor injuries and were transported to St. Joseph Regional Medical Center.