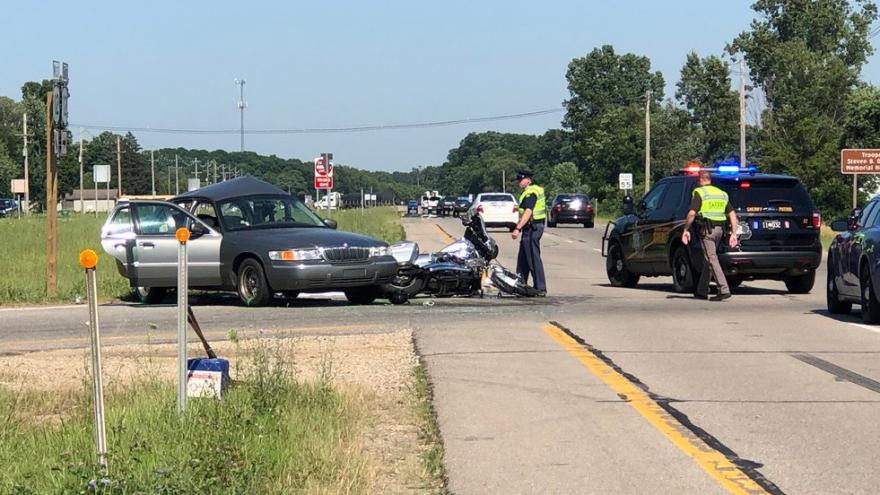 BERRIEN COUNTY, Mich. -- A motorcyclist and a vehicle collided at the U.S. 31, U.S. 12 intersection Monday afternoon, sending four people to the hospital.

The motorcycle was driven by 18-year-old Dakota Cowan of Galien. He and his passenger, 17-year-old Searra Inman of Niles, were seriously injured and taken to a nearby hospital and listed in critical condition.

There were four passengers in the Mercury at the time of the crash.

Deputies say 35-year-old Aaron Elleott and 7-year-old Colin Elleot were taken to the hospital for treatment of serious injuries.

Investigators do not believe drugs or alcohol were a factor.