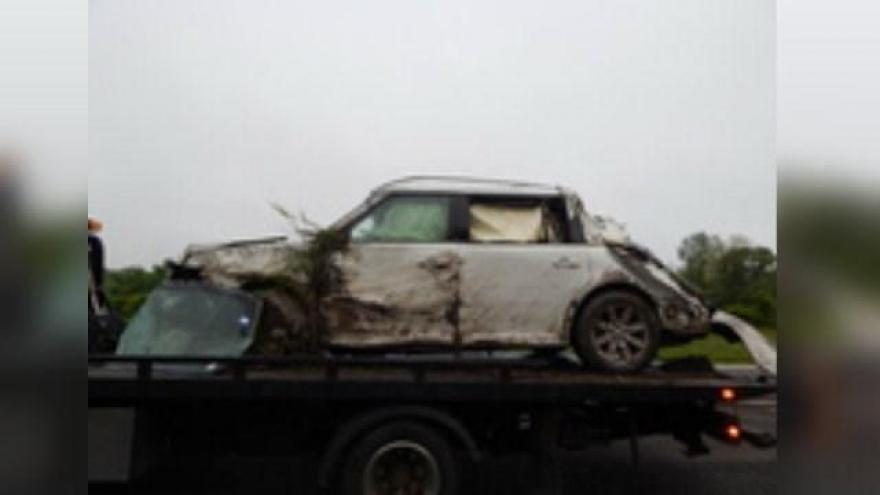 A car involved in a single-vehicle rollover crash on I-94 turned out to be a vehicle reported stolen from Texas.

Indiana State Police say just after 4 a.m. Saturday, a 2009 Ford Edge was traveling westbound on I-94 near the Warnke Road overpass when the driver switched lanes in a construction zone, hit rumble strips, over-corrected, and lost control the vehicle causing it to roll over multiple times.

The driver, identified as 34-year-old Vienna Ali of Carrollton, Texas, was transported to Saint Anthony’s Hospital in Michigan City for treatment of non-life threatening injuries.

ISP says Ali was released from the hospital, arrested and booked in the La Porte County Jail on charges of auto theft.

The passenger of the vehicle, 44-year-old Joe Salazar was also transported to the hospital but not charged with any crime.

“They are very lucky to be alive. This could have easily been a fatal crash. Since they were wearing their seat belts this turned into both of them being treated for minor injuries and being released from the hospital,” said Trooper Justin Heflin, ISP.

The vehicle was reported stolen out of Texas on May 18th.

The crash occurred as the two were headed back from Michigan, closing down both westbound lanes of interstate for a half an hour.