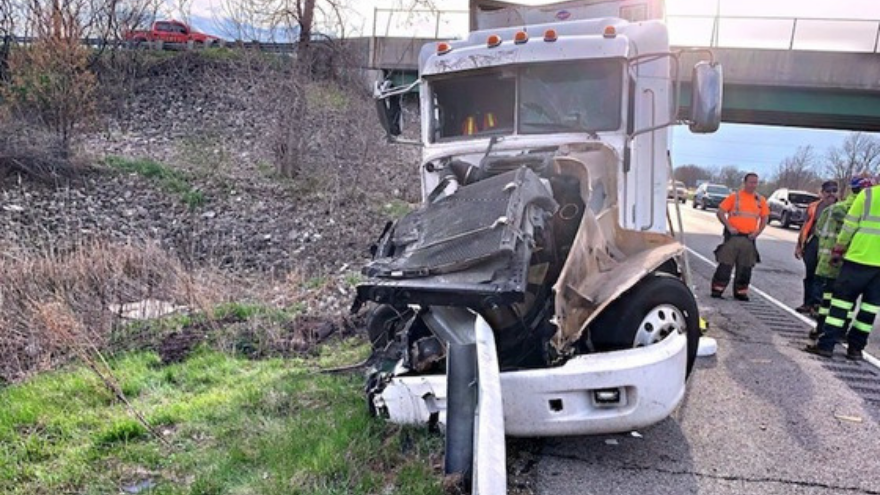 PORTER COUNTY, Ind.—A crash involving two semi-trucks on the Indiana Toll Road on Monday forced traffic down to one lane while crews worked to clean up 150 gallons of diesel fuel.

At approximately 4:45 p.m. on Monday, a 2016 International semi pulling a box trailer was travelling eastbound on I-80/90 in the right lane when it slowed down for a disabled car on the outer shoulder.

The International was changing lanes from right to left when a 2012 Peterbilt semi also pulling a box trailer hit the International from behind, according to Indiana State Police.

The Peterbilt, driven by Mohamed Abid, 56 of Palos Park, Illinois, then lost control, went off of the road and hit the outer guardrail head on. The Peterbilt leaked around 150 gallons of diesel fuel due to the crash and sustained heavy front end damage to the tractor.

The International, driven by Glenn Christy, 54, of Valparaiso, sustained damage to its trailer’s left rear side.

The right lane of the toll road near mile marker 28.4 was closed until approximately 9 p.m. while crews cleaned up the diesel fuel.

Neither drivers were injured in the crash.