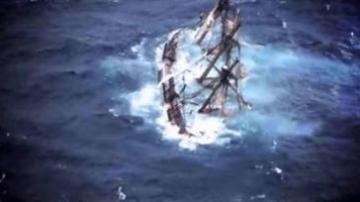 Tuesday, the surviving crew members of the HMS Bounty are speaking out.

You may recall the boat sank off of Cape Hatteras in Hurricane Sandy.

Those who escaped had to be lifted onto Coast Guard helicopters.

They could only watch as their ship sank into the Atlantic.

The crew said their captain believed the ship would be safer at sea than it would be at port but three days into the trip they found themselves in the middle of the storm.