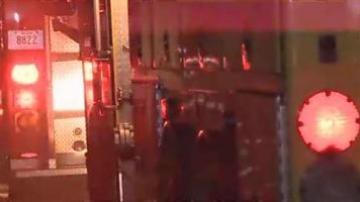 BAUGO TWP. – An Elkhart county woman rushed out of her home and called 911 after a fire started on the stove in her kitchen.

Assistant Chief Brian Gonzales said the three guys from Baugo Township knew the fire was bigger than they could handle with just one engine, so they called in for backup from Concord and Cleveland Townships.

“It went real well, real smooth. Pretty much contained to the kitchen and dining room , and also got into the attic a little bit, but it went very good. Very well,” said Gonzales.

Gonzales said the fire rekindled later in the morning, but they were able to contain it within ten minutes.

Officials are still investigating why the fire started.