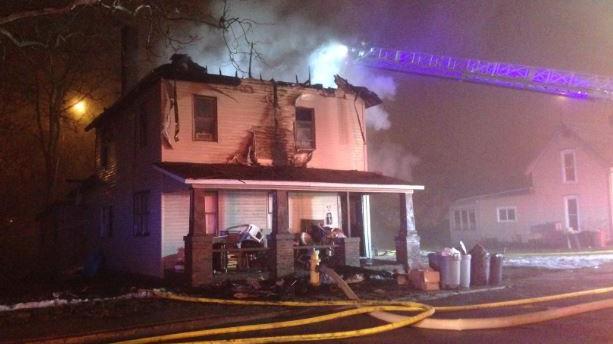 A fire broke out at a home in Goshen early Wednesday morning. According to dispatch, it happened around 3:15 a.m. in the 400 block of North Main Street.

Fire officials at the scene say, they believe the fire started on the second floor and when they arrived flames were shooting through the roof.

The road was blocked off for several hours as crews worked to put out the flames, but it has since reopened.

One of the home's residents tells our reporter at the scene that the Red Cross is assisting them.

There have been no reports of any injuries.

So far, fire officials say the cause is undetermined.