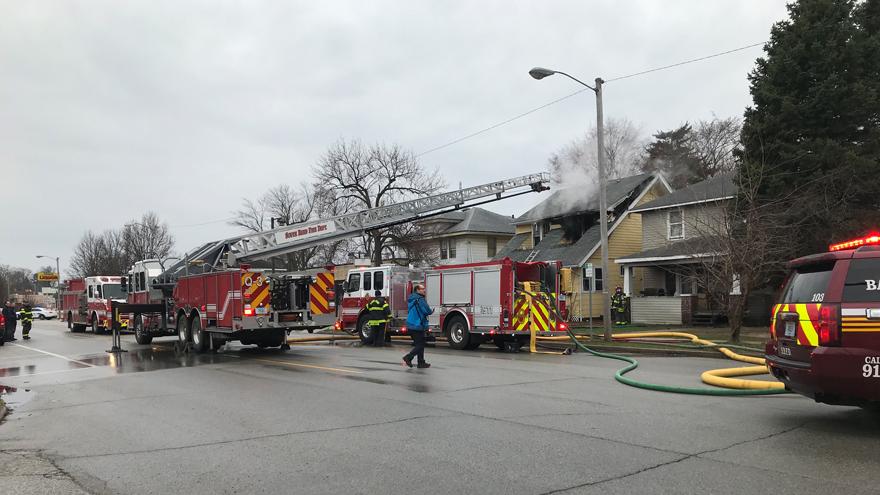 SOUTH BEND — Crews were called to a home in the 2500 block of South Michigan Street Thursday morning for a house fire.

An ambulance driving in the area noticed the smoke and called to report it just before 10 a.m.

Officials had to close Michigan from Ewing to Donmoyer as a result of the fire.

Investigators say no one was home when the flames broke out.