Crews in Benton Harbor respond twice to an overnight fire 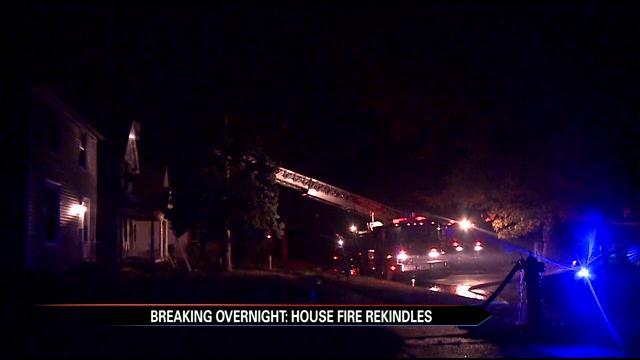 Fire crews in Benton Harbor were called back out to the scene of a fire early Friday morning.

They were first called out to a home in the 700 block of Ogden Avenue around 10:30 Thursday night.

A neighbor noticed the fire and called it in. He tells ABC57 the home was engulfed, but crews did get it out quickly.

Around 3:30 a.m. the fire rekindled and crews were called back out.

No one was seriously injured during the fire.

The cause remains under investigation.