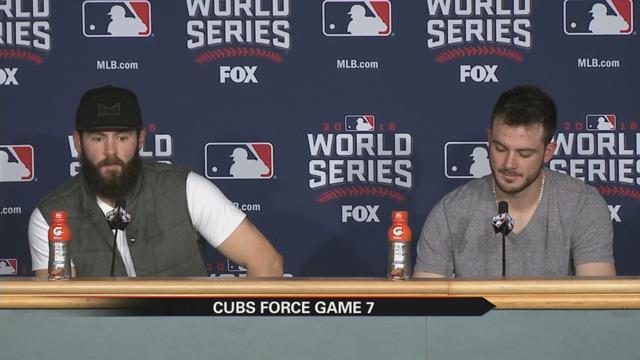 Hope is still alive for Wrigley faithful. The Cubs have now overcome a 3-1 deficit to force Game 7 in the World Series.

Kris Bryant was heating it up, crushing a curveball for a solo home run in the 1st. Then a mistake by the Tribe allowed Addison Russel to clear the bases, putting Cubbies up 3-0 after 1.

In inning 3, the Cubs poured it on. Addison Russell hit a grand slam deep to left center. That put the score at 7-0.

The Indians scored runs in the fourth and fifth, but its not enough- a two run shot by Anthony Rizzo ended it. 9-3 was the Game 6 score.

ABC 57 will be in Cleveland for Game 7. Keep it locked for live coverage of the World Series.