As heat rises and threatens to break records, a new study reminds us that this will be the new normal unless climate change policy is followed. The study projects even more of a lethal rise in "feels like" temperatures if global warming continues at its current rate. The study, Killer Heat in the United States, was put together by the Union of Concerned Scientists, which is made up of several climate scientists and researchers.

The study examines the United States' current greenhouse gas emissions that are trapping heat in earth's atmosphere and causing the global temperature to rise. The rate of temperature rise depends on how much the country reduces greenhouse gas emissions. With no action, the temperature will rise around eight degrees Fahrenheit by 2100. With "slow action" the research assumes the global average temperature will rise around four degrees Fahrenheit, and with "rapid action", as outlined in the Paris Climate Agreement, the global average temperature will only rise by around two degrees or less. The study calculates how many extreme hot days there will be per year by mid and late-century given these levels of action.

When temperatures feel like they are in the nineties, outdoor workers are more susceptible to heat exhaustion and heat stroke. When temperatures soar over one-hundred degrees, the National Weather Service issues Heat Advisories and Excessive Heat Warnings for the public.

Here is how "feels like" temperatures will rise in Indiana and Michigan based off of two action levels: no action and rapid action. 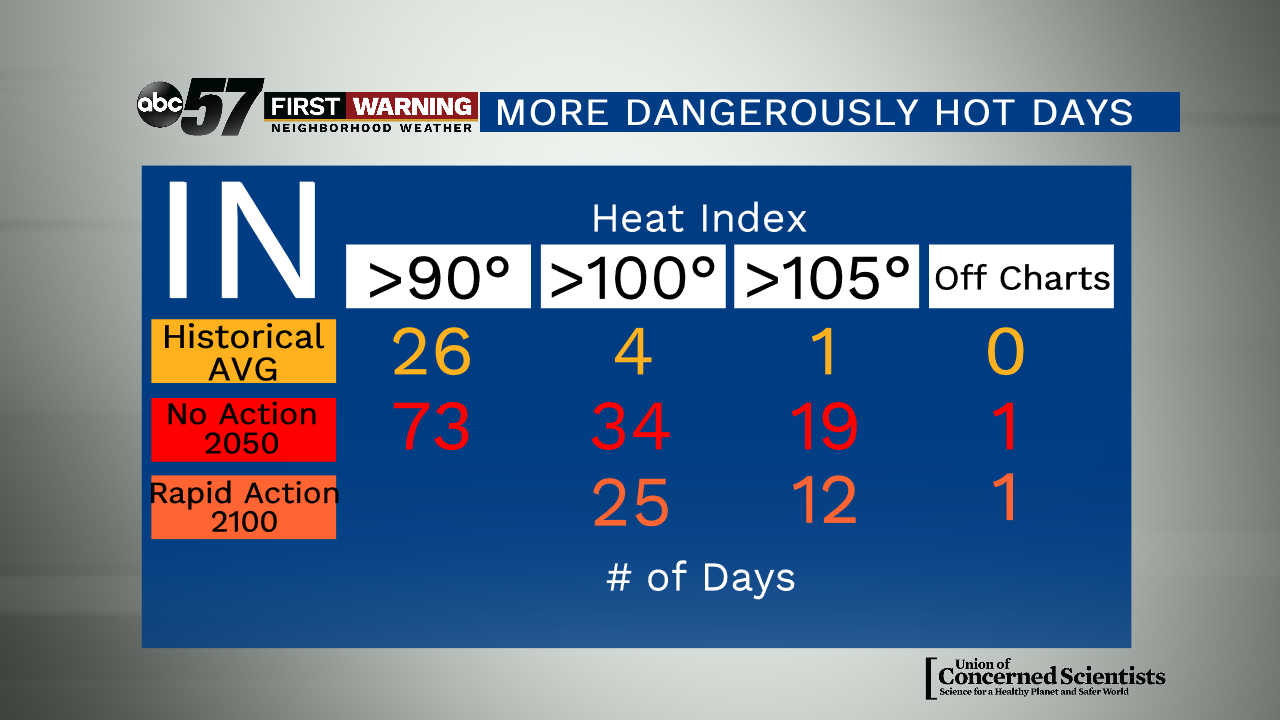 Killer Heat in the United States: Climate Choices and the Future of Dangerously Hot Days 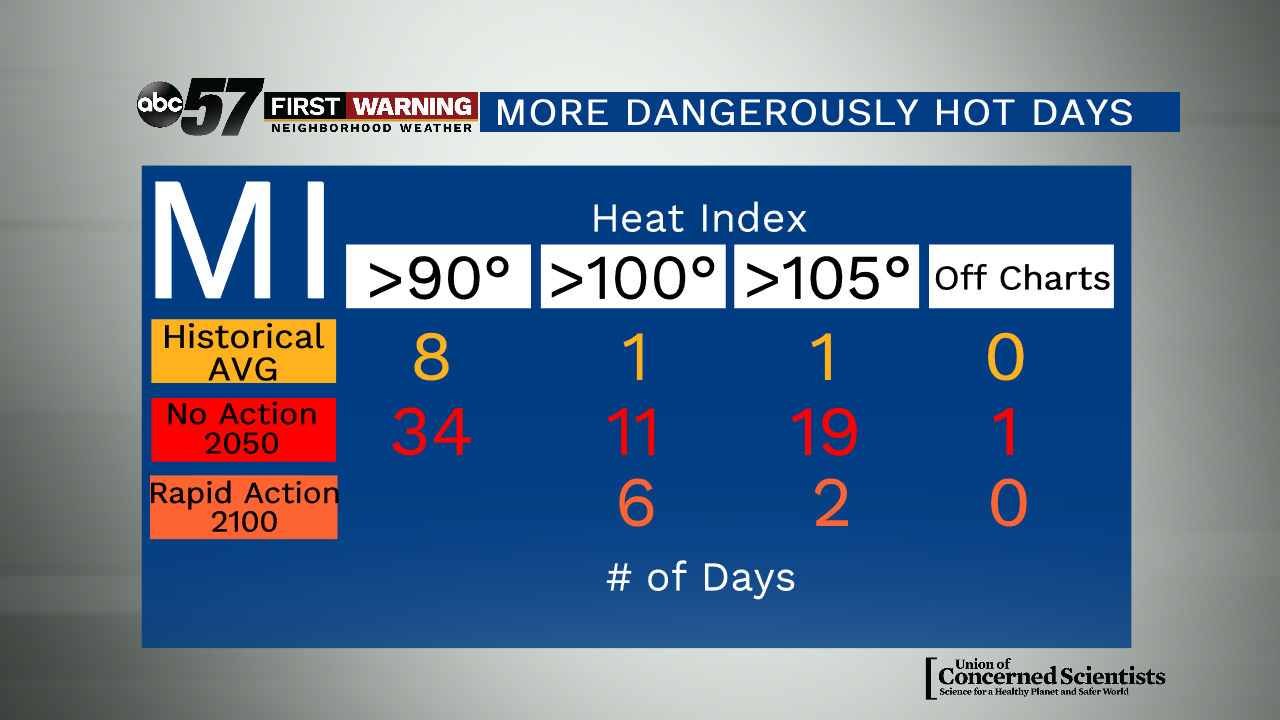 Killer Heat in the United States: Climate Choices and the Future of Dangerously Hot Days

With rapid action to reduce carbon emissions, the Midwest will only see a small rise in the number of extreme heat days. With no action, around three million people will be exposed to "feels like" temperatures of one-hundred degrees or more for an equivalent of over two months each year. Cities with populations over 50,000 people, like South Bend, Fort Wayne, Benton Harbor, Kalamazoo and Grand Rapids, the frequency of high heat days will be highest.