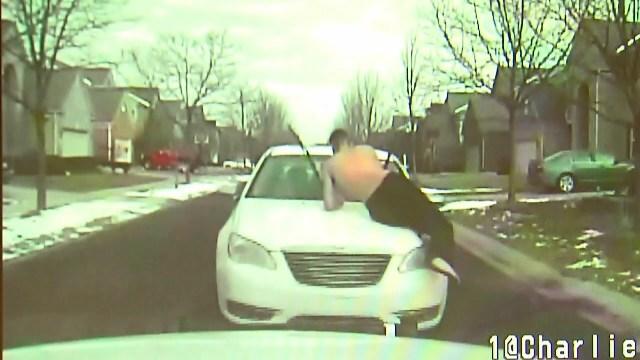 SHELBY TOWNSHIP, Mich. (ABC News/WXYZ) -- Two Shelby Township brothers were arrested on separate charges after a fight at their home spilled out onto the streets and ended with them hitting a police car.

According to police, they were dispatched to the 7000 block of Tottenham for a domestic violence complaint. When a patrol car arrived, they saw a white car coming toward them with a man hanging on the hood.

Dash-cam video shows the car then crashing into the Shelby Township police car followed by the brother flying off the hood.

Police say Savros Habib was arrested and charged with domestic violence. His brother, Minas Habib, was charged with reckless driving. Both are currently out on bond.