A larceny suspect led deputies on a chase from Indiana to Paw Paw in March.

Michigan State Police say it was 44-year-old Anthony Blatz of Elkhart who drove a car that left the road and crashed along M-40 near First Street, just north of Paw Paw.

Blatz and his wife ran off after the crash.

MSP says Blatz called friends he knew from Indiana to pick them up. 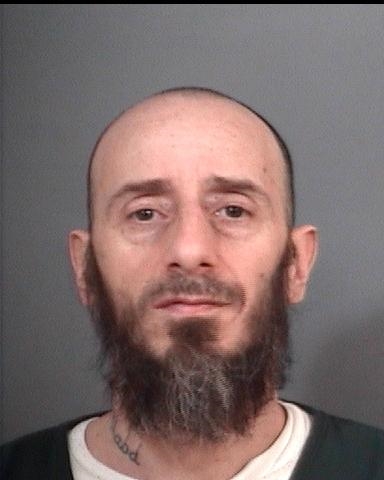 A short time later, a trooper saw a car with Indiana plates and pulled the car over.

"They were pulled over, and the suspect pushed the driver of that vehicle from Indiana out of the Jeep, and then a pursuit ensued with that car,” said Lt. Chuck Christensen, Michigan State Police.

Blatz sped away, and the deputy starts chasing him north on M-40.

The chase lasted nearly 10 minutes, with the deputy driving as fast as 121 miles per hour at some points.

When the suspects got to M-40 and M-43, the driver sped through a red light, swerving to avoid cars.

The video shows the car begin to fail and something happens to ignite a fire underneath the Jeep.

The chase continued but at slower speeds, as the car continues to show signs of trouble.

A trooper then attempted a pit maneuver, trying to cause a minor crash that would stop the chase.

The car spun and came to a stop, the bottom in flames.

Officers with guns drawn, yelled for the suspects to put their hands up.

In the video, someone tried to run from the car but both suspects are taken into custody.

Blatz had two warrants out against him, plus a probation violation.

No one was injured in the chase.