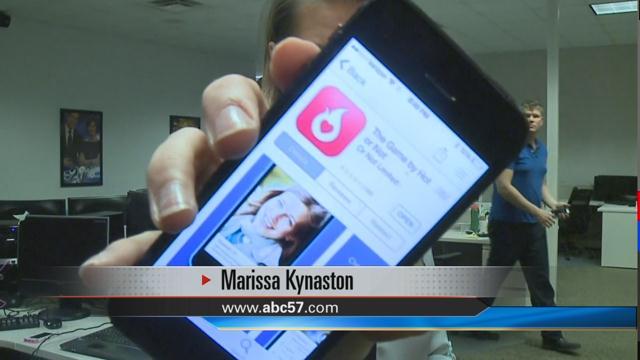 An Elkhart teenager's online encounter ended with him in jail, convicted of a sex crime. The teen, 19-year-old Zachery Anderson, had sex with a girl who claimed to be 17-years-old, but was actually 14.

"He got scarred for life, the judge ruined his life," says Zach's father, Les Anderson.

Les and his wife, Amanda, believe their son is a victim of injustice.

They say their son met a girl online through the popular smartphone app, Hot or Not. The two decided to meet in person and engaged in sexual intercourse.

"My son asked her specifically, I think he asked her 2 or 3 times, to verify her age, and she said she was 17," says Anderson.

He was charged with criminal sexual conduct and will now spend 90 days in jail.

Following his release, he will have to register as a sex offender for 25 years.

That's a life-changing consequence for a mistake his parents believe was an accident.

But that doesn't mean the app protects users from others who may lie about their age.

So now the parents want to send out a warning to other parents and teenagers, with so many online apps, they say this could happen to anyone.