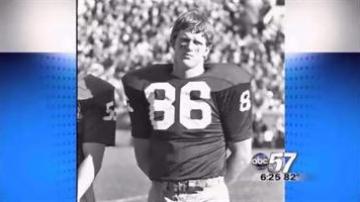 The former tight end co-captained the 1973 National Championship Team, and then went on to a successful career in the NFL.

The 2012 Class will be inducted in December and enshrined next summer.