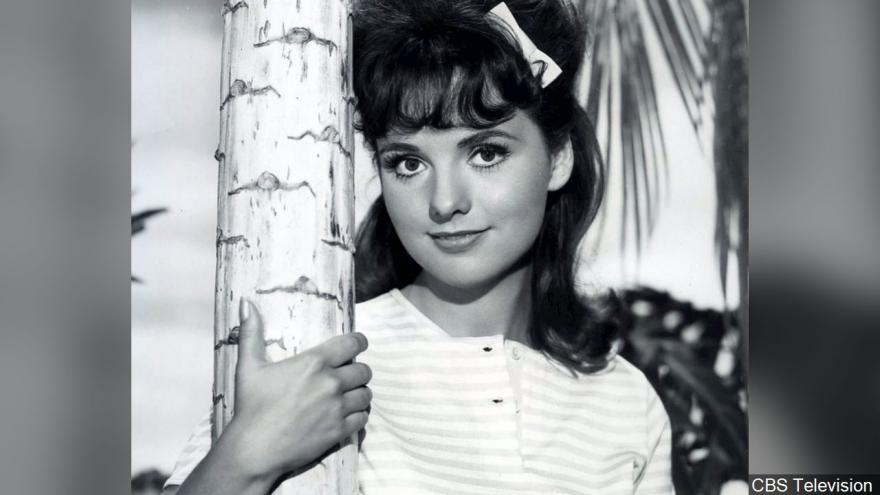 Born in Reno, Nevada, she represented her home state in the Miss America pageant in 1959.

That opened the door for her to start a career in Hollywood where she appeared in a multitude of television shows including "77 Sunset Strip," "Maverick," "Bonanza," "The Joey Bishop Show" and "Hawaiian Eye."

She later beat out 350 other actresses to nab the role of girl-next-door Mary Ann on "Gilligan's Island."

In a 2016 interview with Forbes magazine Wells revealed that the job was not as lucrative as many people believed.

"A misconception is that we must be wealthy, rolling in the dough, because we got residuals. We didn't really get a dime," she said. "I think my salary -- of course, I was low on the totem pole, Ginger (Tina Louise) and Thurston (Jim Backus) got more -- was $750 a week. Sherwood Schwartz, our producer, reportedly made $90 million on the reruns alone!"

She starred in more than 150 TV shows, seven motion pictures including "Winterhawk" (which she also narrated) and more than 60 productions on and off Broadway.

Beyond acting, Wells also served as a producer, author, journalist, motivational speaker, teacher, humanitarian, spokesperson and chairwoman of the Terry Lee Wells Foundation, an organization for women and children in northern Nevada, as well as running her Film Actors Boot Camp for seven years in Idaho.

But it was her pigtail-wearing character on "Gilligan's Island" which made her a beloved star -- and she had fun with it.

At the premiere of the film "Gravity," she presented star Sandra Bullock with a coconut cream pie, in honor of their shared experience with being "stranded."

"Gilligan's Island" was an unexpected hit and in honor of the 50th anniversary of the series Wells released "A Guide To Life: What Would Mary Ann Do?" in which she wrote about the meaning of the Mary Ann character and observed the cultural shifts that have happened since she was on the island.

Her gingham dress and famous shorts from "Gilligan's Island" are currently on display in the lobby of The Hollywood Museum.

She is survived by her step sister, Weslee Wells.

No services have been scheduled at this time and in lieu of flowers, donations are requested to either The Elephant Sanctuary, Terry Lee Wells Nevada Discovery Museum or The Shambala Preserve.