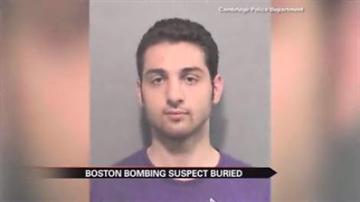 Police say a "courageous and compassionate" person assisted in the burial, however they won't say who the person is or where Tsarnaev's body is located.

The only information being released is that he is no longer in the city of Worcester, Mass.

Several cemeteries in that state refused to bury Tsarnaev.

He died last month after a shootout with police four days after the deadly bombings.