Deal to save Benton Harbor schools headed to governor 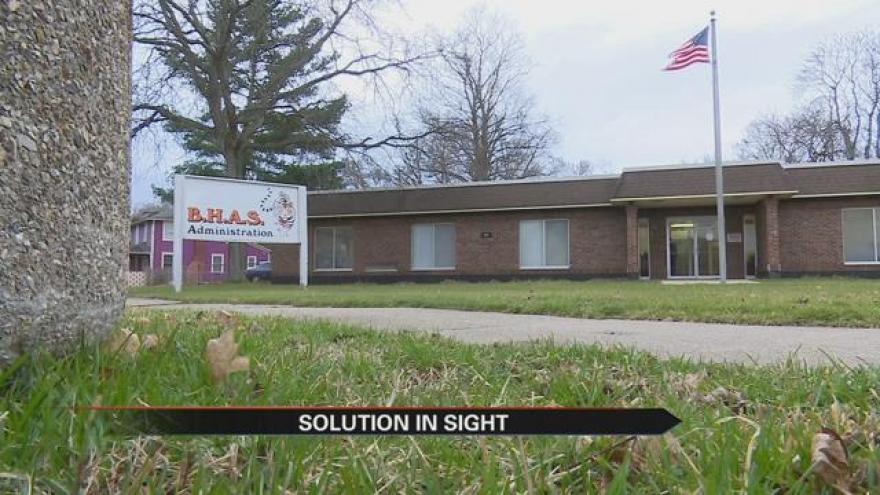 A new partnership between Benton Harbor Area Schools and the state is signed and sealed, now needing the governor’s approval.

“I think parents should be 100 percent confident that…the schools are going to be open,” said Dr. Shelly Walker, superintendent of Benton Harbor Area Schools. “I’m confident in the arrangements that the governor made with the department of education and the [School Reform Office] to allow this to even occur.”

There’s 100-percent confidence in a partnership formed to save a school district 100-percent in need.

“Most importantly, what this does is help the district set goals and then be judged against those goals that they help set,” said Brian Whiston, Michigan state superintendent.

The Benton Harbor Area Schools Board, the district’s administrative team, the state superintendent, and community leaders have been meeting for the last month to develop the partnership.

The 33-page deal maps out three universal goals aimed at resurrecting three of the district’s six schools that are at risk of being closed due to low performance.

The first goal is to improve academic proficiency and growth.

The second is to increase student well-being and positive behavior.

The third is to increase teacher/administration leadership capacity.

The partnership includes benchmarks that are to be met in the first 18 and 36 months.

If they’re not met, there are various consequences – ranging from staff reconfigurations to a CEO being brought in, in the worst case scenario.

But to help make the partnership effective, six local organizations – from Whirlpool Corporation to a local church – have signed on as partners to assist the district.

The partners won’t receive funding from the district, but they will contribute what resources they can.

“I think what is really hopeful and helpful with the community partners is this heightened accountability,” said Walker.

He had this message for parents.

“I think two things,” said Whiston. “One, that you have a very supportive community. You have partners that want to come to the table and help the students be successful…secondly, I think you have a committed board and superintendent who have now set clear goals to help your students improve. And we all can measure their success based on how they’re doing on those goals.”

Walker said the deal will allow her and her team to build on progress they’ve made in the last year.

“I think the end result will be results,” she said. “And that’s what everyone is after.”

The agreement will be sent to the governor later this week.

The goal is to have it approved by next week, right around the time voters in Benton Harbor will decide whether or not to pass a millage proposal that would continue to help fund the district.

The vote happens Tuesday, May 2.