Death of 14 show dogs being investigated 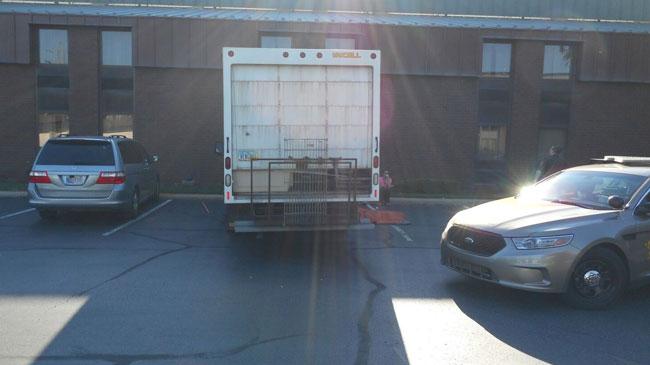 The Saint Joseph County Police Department and St. Joseph County Humane Society are investigating the deaths of 14 show dogs who came to Michiana to perform.

Police were dispatched to the Quality Inn hotel Friday in the 200 block of South Dixie Way in Roseland around 6:18 p.m.

Upon arrival, police say they found a Lakesyde Kennels truck near the hotel with 14 dogs dead inside the vehicle.

Before police arrived on scene, a few of the dogs were removed from the vehicle and laid out on a sheet in hopes of saving saving the animals, according to Humane Society of St. Joseph County Executive Director, Genny Carlson.

The dogs were in town from northern Ohio with Cortney Corral of Lakesyde Kennels for an American Kennel Club dog show at the St. Joseph County Fairgrounds.

The A.K.C. is calling it a “tragic and horrific accident” after the dogs died when their handler left them alone in a truck.

Corral told investigators she went to her hotel room to take a nap and left the dogs in a truck with the air conditioner running.

A circuit failed and the air shut off killing all 14 dogs inside the truck.

Corral owned six dogs and her assistant owned one. The other seven dogs were owned by people across the country.

If no charges are filed, the owners can file a civil suit. Carlson has been in constant contact with the owners and says the majority of them are not interested in that but one owner is "concerned and is considering taking this further".

"I've been with the humane society for ten years now and I have never seen something so tragic happen to this amount of animals in one occurrence especially in an accident sort of setting. Nothing where somebody who has all the best intentions had really bad luck and that's what it seems, said Carlson.

Corral is now suspended from all A.K.C. services and events.

A representative from the A.K.C. says they are investigating the “tragic and horrific accident”.

How long the suspension will last and what disciplinary actions will be taken are under immediate review. No charges have been filed for animal cruelty or neglect at this time.

According to Carlson, one of the dogs will be taken to Purdue for a necropsy, or animal autopsy, Tuesday where they expect a preliminary report within 24-48 hours and a final report will be available within two weeks.