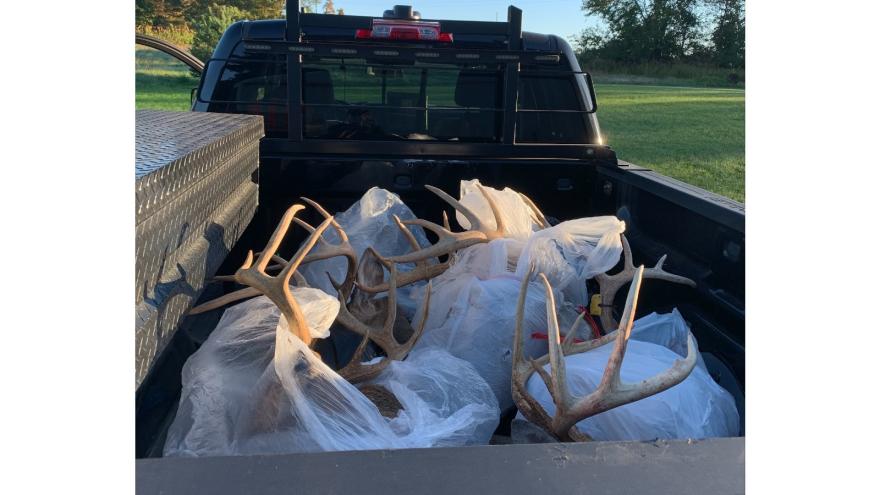 Justin Ernst, 33, pleaded guilty to one count of felon in possession of a firearm, one count of obtaining a hunting license when ineligible, and three counts of illegal taking/possessing whitetail deer.

On October 17, 2021, Michigan State Police troopers were investigating Ernst’s involvement in a domestic violence situation when they found several deer in a nearby barn that Ernst reportedly spent a lot of time in, reports said.

DNR conservation officers were called in and found eight illegal bucks in the barn, including five 10-pointers and three eight-pointers.

An anonymous tip sent in to the DNR’s Report All Poaching hotline two days later said Ernst had taken another deer.

Officers confirmed Ernst had taken a ninth trophy buck illegally, according to reports.

As part of his plea deal, Ernst lost his hunting privileges for life, was ordered to pay $25,000 in reimbursement, gave up all seized items, and must serve 18 months to five years in a Michigan Department of Corrections facility.

“We’re satisfied that this criminal will be imprisoned for robbing ethical hunters, damaging crops and endangering others by recklessly driving through fields and shooting deer at night,” said David Shaw, assistant chief, Michigan Department of Natural Resources Law Enforcement Division. “We hope this serious sentence serves its intended purpose and are grateful for the strong message rendered by the 36th Circuit Court.”

Community members can report poaching or other natural resources violations to the Report All Poaching hotline at 800-292-7800.