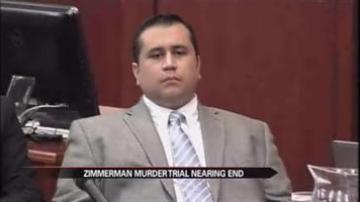 SANFORD, Fla. — The defense in the George Zimmerman trial will make make their closing arguments.

The 29-year-old Zimmerman is charged with second degree murder and manslaughter charges in the Florida shooting death of 17-year-old Trayvon Martin.

In court on Thursday, the prosecutor called Zimmerman a "wanna-be-cop" who took the law into his own hands.

"It was raining. He was wearing a hoodie, last time I heard, that's not against the law," said Bernie de la Rionda. "But in this man's eyes, he was up to no good. He presumed something that was not true."

If convicted, Zimmerman could face up to life in prison.

The jury is epxected to begin deliberations by this afternoon.