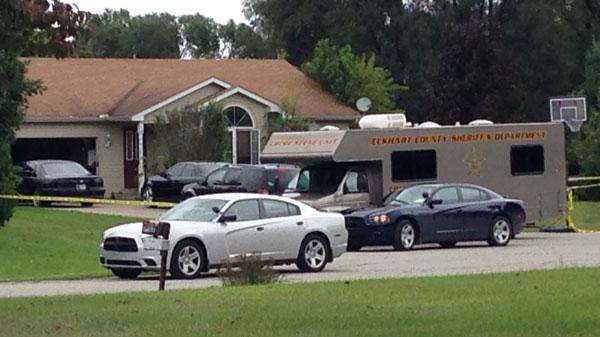 The state and defense were in court Wednesday on a hearing regarding a motion to suppress evidence in the case against Freddie Rhodes, one of the men charged in the death of 18-year-old Detrarious Rogers.

Rhodes and Deante Dalton are charged with the murder of Rogers who was found dead in a home on Falcon Court in September 2014 in an alleged robbery attempt.

A resident, 27-year-old Norman Gary, was also shot and taken to Memorial Hospital in South Bend. He survived.

Rogers died of multiple gunshot wounds and his death was ruled a homicide.

Rhodes and Dalton were later arrested and charged with murder.

In February 2015, Rhodes' attorney filed a motion to suppress certain statements he made to police, according to court records.

In March, the Elkhart Truth published a story written by Emily Pfund based on an interview with Rhodes. The interview was done without the consent of or in the presence of Rhodes' counsel, according to court records.

April 8, the state served a subpoena seeking Pfund's notes, audio or video of her conversation with Rhodes, according to court records.

On April 15, the Elkhart Truth filed a motion to quash the subpoena. In a hearing later in April, a judge ruled the Indiana Shield Law only protects reporters from disclosing their sources, but in this case, the sources were named.

The judge also ruled the law doesn't prevent Pfund from being a material witness in the case.

The state says the details Rhodes provided Pfund are allegedly contradictory to other evidence and cannot be obtained from any other source, according to court documents.

The court denied part of the motion to quash the subpoena.

Pfund does not have to provide her notes or other records unless she uses them to refresh her recollection. If she uses them, then she must produce them, according to court records.

“The judge ruled yesterday he partially granted our motion to quash which means essentially Emily does not have to turn over her notes, she doesn't have to turn over her recordings, and that's a victory not only for us but for journalist across the state. We have gotten a lot of support from statewide organizations, national organization and just a lot of people who support the free press and I think it's a victory for all of them too," said Ryan Martin, Managing Editor of the Elkhart Truth.

The judge ruled she can be subpoenaed and compelled to testify as a rebuttal witness.

“Essentially she (Emily) could be subpoenaed again and if she is I would assume it would be a much narrower subpoena to basically command her to testify. But that's far different than wanting to rummage through her notes and recording," said Martin.

At Wednesday's court hearing about the motion to suppress, defense attorney Douglas Grimes withdrew the motion.

"I'm please we have a right to withdraw the motion to suppress which was filed by the previous lawyer in the case and so we simply exercised the right to do that," said Grimes.

Pfund was at the hearing Wednesday and was excused without having to testify.

Also during the court hearing on Wednesday, the prosecutor asked the judge to sanction Defense Attorney Grimes for claiming he didn't have sufficient discovery.

The judge decided not to sanction Grimes and the state agreed to make sure Grimes has everything he needs.

The attorneys will meet every Thursday until the trial on June 15.
Share this article: