Defying church ban, dozens of Methodist clergy come out as gay and lesbian 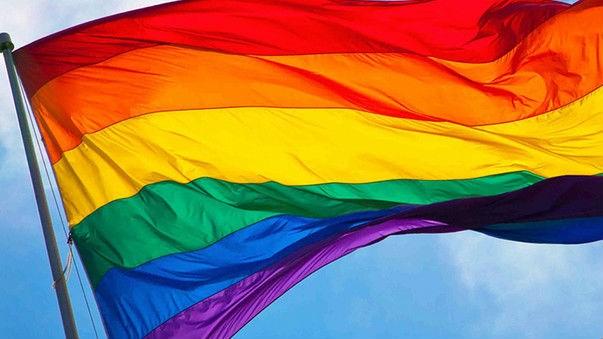 (CNN) -- Dozens of United Methodist clergy members came out as lesbian, gay or bisexual on Monday, defying their church's ban on "self-avowed practicing homosexuals" serving in ministry and essentially daring their supervisors to discipline them.

In a public letter posted online, 111 pastors, deacons, elders and candidates for ministry said their church has "required that we not bring our full selves to ministry, that we hide from view our sexual orientations and gender identities."

"While some of us have been lucky to serve in places where we could serve honestly and openly, there are others in places far more hostile, who continue to serve faithfully even at tremendous cost to themselves, their families, and yes, even the communities they serve, who do not receive the fullness of their pastor's gifts because a core part must remain hidden," the letter continues.

"I feel lighter already," she said in an interview on Monday. "I can be a better pastor and a better person when I can be my full self, living in the light and with integrity."

Young, a mother of two, said she has been "just about as out as you can be," but has never officially informed Methodist officials about her sexuality, a situation she compared to the military's erstwhile "don't ask/don't tell" policy.

Monday's missive follows a similar letter issued by 15 Methodist ministers in New York, who also openly acknowledged that they are gay or lesbian.

The United Methodists' Book of Discipline states that, while all people are of "sacred worth," the "practice of homosexuality is incompatible with Christian teaching" and openly gay and lesbian clergy members can be removed from ministry.

But in some parts of the United States, including Baltimore and New York, church leaders allow openly gay clergy to serve with few if any restrictions. Conservatives argue that such policies threaten to break up the denomination into tiny, self-governing branches.

"Many traditionalists in the church could not accept being part of a denomination that would reverse or abandon our denomination's teaching on marriage and sexuality," said the Rev. Thomas Lambrecht, a United Methodist minister and activist. "This is a recipe for schism or separation."

A spokesman for Reconciling Ministries Network, the LGBT advocacy group that organized the letter, said that about 80% of the 111 signatories are coming out to their supervisors for the first time. In addition to gay and lesbian clergy, the letter was also signed by intersex and transgender pastors, who are not technically excluded from ministry.

The public self-outing came one day before the United Methodist Church, one of the nation's largest Protestant denominations, convenes its quadrennial General Conference in Portland, Oregon.

From May 10-20, more than 800 delegates will debate changes to church policy, including several that seek to lift the church's longtime ban on LGBT ministers and allow pastors to celebrate same-sex marriages. This is the first Methodist General Conference since the Supreme Court legalized gay marriage in 2015.

Changing church laws may be difficult, however. While American Methodists are diverse -- both George W. Bush and Hillary Clinton are members -- Methodists in Africa tend towards conservative views on sexual ethics, arguing that Scripture prohibits same-sex relationships.

The United Methodist Church has about 7 million members in the U.S. and about 4 million in Africa, where the faith is reportedly growing fast. Some 40% of the delegates at the General Conference in Portland will be from overseas.

A council of African bishops issued a statement last September urging Methodists to "submit to the teachings of Scripture that God designed marriage to be between man and woman."

The United Methodist Church is one of the few "mainline" Protestant denominations -- so called because of their deep American roots and outsized influence -- to continue to bar same-sex marriages and LGBT clergy. In recent years, the following denominations have voted to lift such bans: the Episcopal Church, the Presbyterian Church (USA) and the Evangelical Lutheran Church in America.

Young said she hopes Methodists will follow their footsteps this month in Portland. "I would be pleasantly surprised, and I believe all things are possible with God."