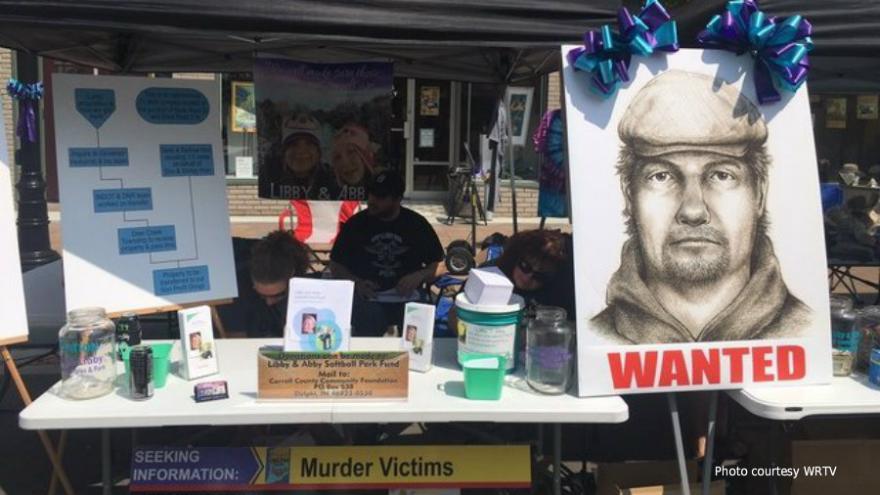 Delphi, Indiana (WRTV) -- Family members of Liberty German and Abigail Williams unveiled the location and details of the new sports complex that will be built in their memory at the annual Delphi Bacon Festival on Saturday.

It’s a project that's been months in the making for the families of Libby and Abby, but they couldn’t have brought it together without the support they’ve received from the community.

“It’s a tragedy that’s affected our family but it’s also affected the whole community,” said Abby’s grandfather Eric Erskin. “(The complex) will help kind of cement what this community has pulled together in this tragic time.”

The site for the memorial park and softball fields is about 21 acres and sits at the junction of SR 25 and SR 218 in Delphi. The complex will cost $1 million to build and maintain.

The sports complex will feature batting cages, an amphitheater, a playground and three playing fields.

But they’ll be missing one important thing when they finally open for use: Libby and Abby.

“This isn’t going to bring our girls back but at least it’s going to leave something for our community to remember them,” said Erskin.

Libby and Abby disappeared while hiking along the Monon High Bridge on February 13. Their bodies were found on a private piece of property less than a mile away the next morning.

Their killer is still on the run.

In the months since their murders, investigators have released a still image, audio and even a sketch of the man they believe is responsible for their death.

Family members hope that keeping their memory in the spotlight will also help lead them to their killer.

“All these fundraisers are really good and help us do this thing here, but that’s just a subset of it,” said Erskin. “We still have a killer out there running around on the loose.”