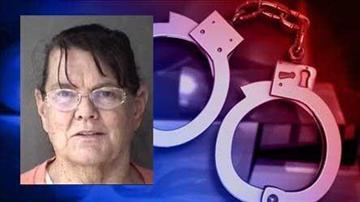 Deputies were contacted by a local elderly couple that was scammed out of thousands of dollars in a Jamaican lottery scam, reports said.

During the scam, the victim is told they have won a foreign lottery, but have to pay advanced fees, customs duties or taxes before they can claim their money.

The local couple also discovered their Social Security checks were being diverted to a location in Georgia.

McCrary was then transferring the stolen funds and mailing the funds on bank cards to Jamaica, according to deputies.

McCrary had also been a victim of the lottery scam, detectives said. Then she allegedly became a “mule” for the Jamaicans.