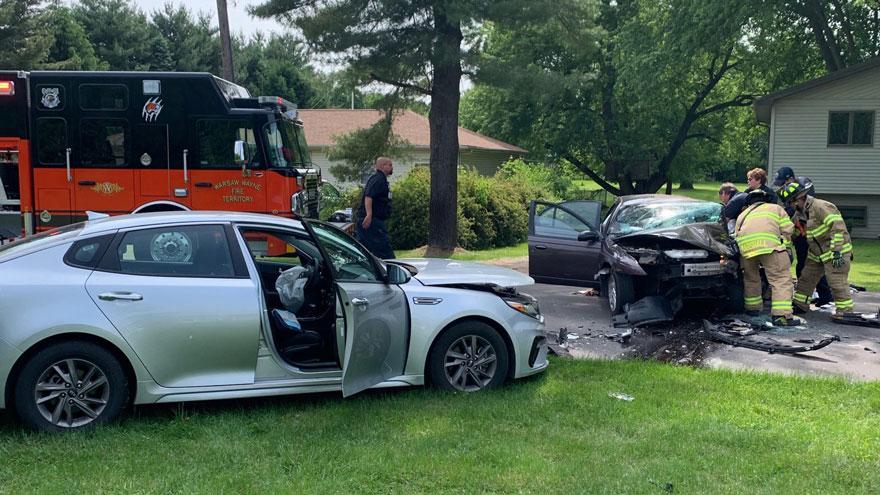 KOSCIUSKO COUNTY, Ind. -- One driver was killed and another was injured in a head on collision on CR 175 E Monday afternoon, according to the Kosciusko County Sheriff's Office.

The investigation revealed a 1998 Saturn driven by Redid Velazquez, 43, was traveling southbound on CR 175 E when the vehicle crossed the center line and into the path of a Kia driven by 36-year-old Sheena Norris of Warsaw.

Velazquez was pronounced dead at the scene.

Norris was transported to the hospital, but her condition was not released.